An envelope containing the powder was delivered to Clinton’s office in midtown Manhattan on Friday and opened by campaign staffers, before being taken to Clinton’s campaign headquarters in Brooklyn, CNN reported.

The Brooklyn building’s 11th floor was evacuated, but the building remained open during the investigation.

Four campaign staffers were examined by medical personnel and released. No health issues have been reported, Clinton campaign spokesman Glen Caplin in a statement, according to CNN.

The offices will be open as usual on Saturday, he said. 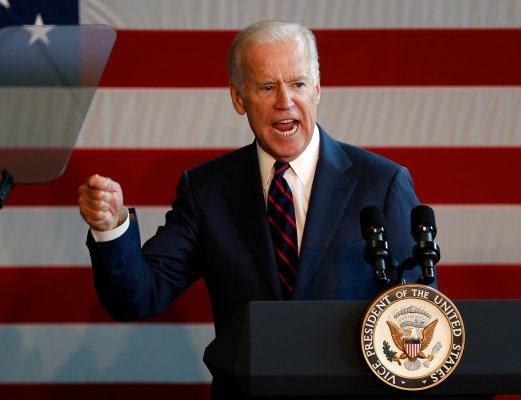 Joe Biden Wishes He Could Take Donald Trump 'Behind the Gym'
Next Up: Editor's Pick