What the New Screen Time Guidelines For Kids Really Mean

Today the American Academy of Pediatrics announced new screen time guidelines for children, and they come with some surprising changes.

Broken up into separate recommendations for very young kids and those 5 or older, the new guidelines dispense with a lot of the old “less is more” approach to screens, and instead focus on a more nuanced approach to kids and their time spent with computers, TVs and other digital devices.

“You’ll notice a move away from the idea that you can lump all screen-time together and label it fun or educational or harmful,” says Dr. David Hill, a pediatrician and chair of the AAP’s Council on Communications and Media. “The ways we interact with screens today are so varied that it doesn’t make sense anymore to start a stopwatch and say, ‘At this point, you’re done.’”

Spending time video-chatting with a parent who’s deployed overseas or out of town on business is clearly not in the same category as time spent watching something sexually explicit without a parent’s supervision, Hill says. “We have to judge the quality of these different digital experiences and weight them accordingly.”

The AAP also decided to scrap its “no screen time before age two” advice. But that doesn’t mean infants and toddlers should be spending time in front of the television or playing with tablets or smartphones, Hill says. “At that age, any learning is dependent on interacting with other humans,” he explains. “So even if an infant is interested in the screen and its lights and colors, the research we have to date suggests they can’t imbue these images with any meaning, and so it doesn’t seem to offer any benefit.” For children 18 months or younger, the new guidelines say the only acceptable screen time involves video chatting.

Beyond 18 months and up to age 5, the AAP recommends limiting screen-based media use to one hour of “high quality” programming a day. For preschoolers and preteens, Hill says there’s good research going back decades to suggest kids really can learn from “well-constructed” educational programs. (Think Sesame Street or Daniel Tiger.) “But even then, it’s better to have a parent involved and reinforcing what’s on the screen,” he says. For example, if your daughter is watching a video about colors, you could watch with her and point around the room at examples of red or blue or yellow objects. “This sort of parent participation and reinforcement makes a big difference when it comes to how much young children take away from these programs,” he says.

Hill reiterates that one of the challenges in releasing new screen advice for parents is that much of the existing research is “sketchy.” Internet-connected smartphones have been popular for roughly a decade, and tablets are an even newer addition to our households. It’s tough to say how spending time with these devices and their content, however educational, could affect a young brain’s emotional and cognitive development. “We see parents who are very proud of children who can tap on apps and interact with the screen, but so far these swiping and tapping skills don’t seem to translate to much else,” he says. “Being able to do those things at an early age doesn’t mean your child is prepared to program computers one day.”

What is clear is that time spent engaged with parents and adults is crucial for kids’ emotional and cognitive development. Simply watching a parent cook dinner or clean the house—especially if the parent is explaining to the child what he’s doing and why—can be powerful, Hill says. From boosting your child’s vocabulary to helping form his ability to read faces and emotions, this sort of interaction is crucial.

For older kids—those in elementary school and middle school—Hill says a parent’s big focus should be on monitoring what kids are viewing. “As children get older, we know whatever media you put in front of them or allow them to be exposed to, they will learn from,” he explains. “So you need to pay attention to whether the content is violent or sexual or explicit, and decide what’s appropriate.”

Unfortunately, when it comes to some of the biggest questions confronting parents of tweens and teens—the age at which it’s cool for a kid to have a smartphone, or to use social media—the existing evidence is spotty.

Hill says he doesn’t foresee the AAP offering advice on when to let a child have a smartphone. In terms of social media, he says, “we find that kids who use very little or a whole lot of social media seem to have more issues like anxiety and depression. So there may be some kind of Goldilocks effect, or a place where some amount can serve a healthy role. But we need more research.”

Of course, what may be harmless or even healthy for one teen may turn out to be too much to handle for another. Parents still need to make judgment calls based on what they know about their kids. They also need to practice and enforce healthy device behaviors. “There are times every day when we need to put down our phones and talk to our kids,” Hill explains. He says turning off screens at bedtime and at mealtimes is always a good idea. “This can be as difficult for parents as it is for the kids, but it’s better for everyone.”

As a parent, modeling correct behavior extends to how you interact with people online. “If your kids see you insulting someone or being a troll on social media, they’re going to do likewise,” he says. “In many ways, the Internet is like a small town, and what you do will come back to you.”

In the end, the fundamentals of being a good parent and a good human being don’t change. “Time spent in front of screens or devices isn’t inherently good or bad,” Hill says. “Like everything else, it’s really about the content and how you engage with it—and setting limits around it—that matters.” 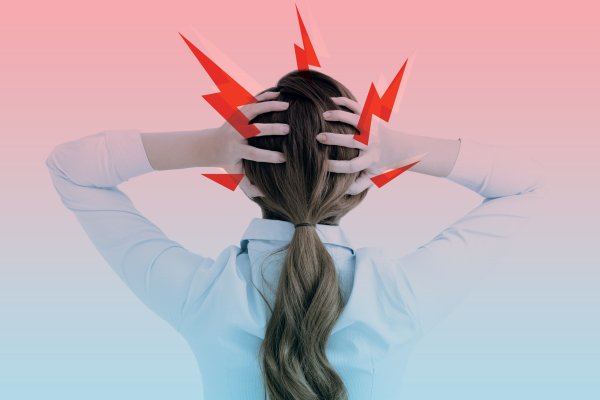 The 7 Best Ways to Beat Election Stress
Next Up: Editor's Pick