Donald Trump’s repeated calls for supporters to gather friends and family to monitor polling places for cases of voter fraud raises a thorny question: When, exactly, do “ballot security” measures cross the line into illegal acts of voter intimidation?

From a legal perspective, this kind of talk occupies an uncomfortable gray area.

“There is a lot activity that is not clearly illegal, but could still be perceived as intimidation,” Rick Hasen, an election law expert at the University of California-Irvine School of Law, told TIME. “The question is where you draw that line.”

Private citizens are encouraged to volunteer to become election monitors, he said. But if you have a group of people gathering in an organized way outside a polling place and they are making voters feel uncomfortable, that can quickly cross into illegal territory.

Take, for example, reports that a former Trump advisor, Roger Stone, plans to organize 1,300 volunteers from Citizens for Trump to set up a series of ad hoc “exit polling stations” on Election Day. Stone’s effort, according to the Guardian, will focus on 600 precincts in nine cities—Cleveland, Detroit, Philadelphia, Las Vegas, Milwaukee, Fort Lauderdale, Charlotte, Richmond and Fayetteville—all of which have large minority populations, tend to vote Democratic, and are in swing states.

Whether such activity slips into illegal voter intimidation could depend in part on how volunteers behave at those informal polling stations, Hasan said. While each state has its own laws on voter intimidation, four federal civil and criminal statutes forbid a fairly broad range of activities. According to the Brennan Center for Justice, poll watchers are prohibited by federal statute from “directly confronting” voters, using “insulting, offensive” language, or even “raising voices” against voters.

It’s also illegal to disseminate misleading flyers or other information about elections, to dress up in official-looking garb to confuse or mislead voters, or to commit any other act designed to scare a voter—like writing down a license plate number or following someone home from the polls.

In this case, Stone’s reported plan could run afoul of other legal constraints because it focuses on communities of color.

That’s because the Republican National Committee is currently bound by a consent decree, which it agreed to in 1982 to settle a lawsuit alleging that the party had engaged in an array of voter intimidation tactics. In the late ’70s and early ’80s, the RNC was accused of allowing people to pose as law-enforcement officers and demand to see voters’ IDs, sending out misleading mailers to minority voters, and posting intimidating signs at polling places.

The consent decree forbids the RNC from engaging in any “ballot security” efforts “or other efforts to prevent or remedy vote fraud” without prior court consent from a federal court—especially in areas where “the racial or ethnic composition” could be considered a reason for the activities.

The question now is whether Stone or other Trump allies who operate through private organizations “are considered under the operation of the RNC,” said Wendy Weiser, the director of the Democracy Program at the Brennan Center for Justice at NYU School of Law. If the RNC is linked to Trump or his allies’ tactics, they’d be found in violation of the consent decree, she told TIME.

The consent decree is set to expire December 1, 2017, but if the RNC violates its terms, a court could extend it another eight years.

Given the strength of existing federal laws on voter intimidation, it’s possible that lawyers could bring a case against Stone’s alleged exit poll plan.

One U.S. law, 18 U.S. Code Section 594, says that any activity that “intimidates, threatens, coerces” or even attempts to do any of those things counts as illegal voter intimidation. That law is joined by three more federal civil statutes that allow individual voters to bring a case against anyone who is even preparing to engage in voter intimidation: Section 3 of the so-called Ku Klux Klan Act; Section 131(b) of the Civil Rights Act of 1957; and Section 11(b) of the Voting Rights Act of 1965.

“All those laws provide for liability for people in the government as well as in private organizations,” Garrett Epps, a constitutional lawyer at the University of Baltimore School of Law School, told TIME. That means that suits could be brought against not only private individuals who are allegedly committing acts of voter intimidation, but also against public officials, like the county clerk or members of the state legislature, who have a duty to prevent that from happening.

In addition to those federal statutes, each state has its own set of laws and regulations governing how election monitors are chosen and variety of other logistical issues, like how far campaign operatives have to stand away from the entrance of a polling place. The Pennsylvania Secretary of State’s office released guidance this month on what constitutes intimidation and discriminatory conduct in that state. Whether people can bring guns to the polls—or stand nearby a poll carrying a gun—is also subject to state and local control.

Weiser said that while state and federal laws prohibiting voter intimidation are quite strong, her concern is one of perception. “Merely invoking the prospect of voter intimidation might make people worry—and make them not want to go to the polls,” she said. “But the thing is, most people won’t experience anything like that. This is a really important election and people shouldn’t be deterred from going out to vote.” 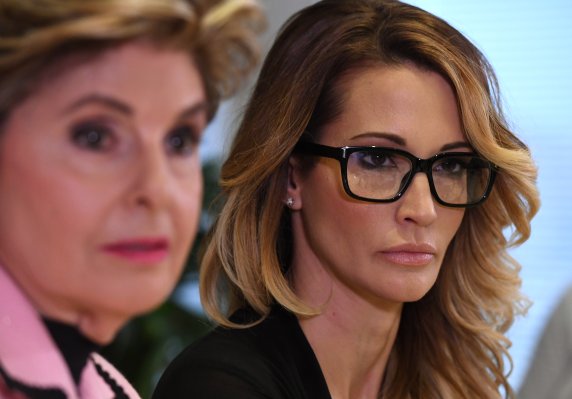