The Metropolitan Museum of Art announced on Friday that the theme for their 2017 Costume Institute exhibit and famous gala will be “Rei Kawakubo / Commes des Garçons.”

The show will center around about 120 Commes des Garçons womenswear pieces by Japanese fashion designer Kawakubo, starting from the brand’s first 1981 runway collection until the present. It will be the first monograph exhibit at the museum to feature a living designer since a Yves Saint Laurent show in 1983.

The choice to feature Kawakubo and her highly conceptual, innovative designs is a move that should excite fashionistas and museum enthusiasts alike, as the designer is notoriously reticent, often refusing interviews and photographs.

Another intriguing element to this year’s theme choice is the fact that Kawakubo has apparently never been invited to a Met Gala in the past, according to a New York Times interview with her husband and Commes des Garçons chief executive Adrian Joffe.

Speaking to Vogue (editor-in-chief Anna Wintour is a Trustee of the Met and also has the Costume Institute’s space named after her) Costume Institute curator in charge Andrew Bolton says the choice of Kawakubo as the subject of this year’s exhibit came from her influence.

“Rei Kawakubo is one of the most important and influential designers of the past forty years,” Bolton said. “By inviting us to rethink fashion as a site of constant creation, recreation, and hybridity, she has defined the aesthetics of our time.”

The gala will take place on the first Monday of the month, as it does every year; Katy Perry, Pharrell Williams, and Wintour will co-chair the event, while Kawakubo will serve as an honorary chair. 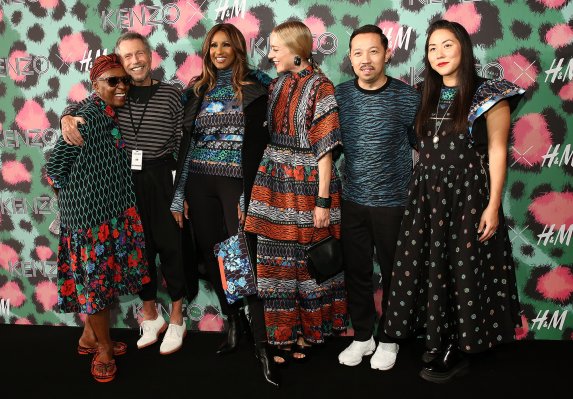 These Kenzo x H&M Party Pictures Will Give You All the FOMO
Next Up: Editor's Pick