Bryan Cranston is busy traveling from city to city for the press tour for his new book, A Life in Parts, but apparently not too busy to take the time to try and make the day of an unsuspecting fan.

During a Wednesday stop at the Dallas Love Field airport, the Breaking Bad actor seems to have bought and signed a copy of his memoir before putting it back on display in a Hudson News store. Twitter user Kenna supposedly discovered the book that same day, prompting her to tweet a photo of Cranston’s inscription with the caption, “Found this on a shelf at love field airport…so amazing! Can’t wait to read it! Is this real???”

Although Cranston was in fact in Dallas the day of the alleged drop, neither he nor his PR team has confirmed the good deed was his work. 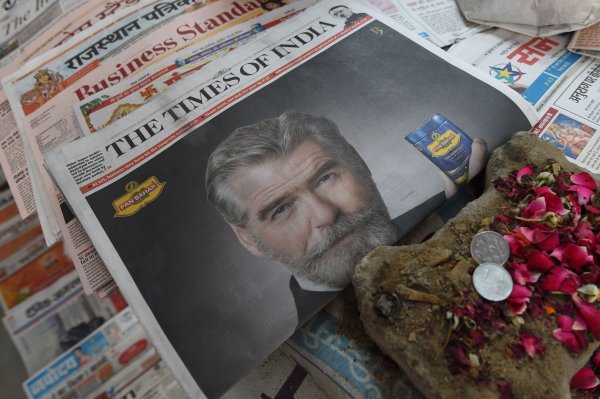 Pierce Brosnan Sorry for Role in Controversial Indian Ad
Next Up: Editor's Pick