This Tiny Belgian Region Is Holding Up a Giant Trade Deal Between the E.U. and Canada

A woman walks on a graffiti reading "NO CETA", referring to the Comprehensive Economic and Trade Agreement, in Brussels on October 13, 2016.
Francois Lenoir—Reuters
By Kate Samuelson

A Belgian region of 3.5 million inhabitants is threatening to hold up a ground-breaking trade deal between the European Union and Canada.

The socialist government of Walloon, a predominantly French-speaking southern federal region, voted to block the Comprehensive Economic and Trade Agreement (CETA) on Oct. 14—a seven-year-long deal which would save European exporters hundreds of millions of euros a year, but would inevitably mean surrendering some sovereignty in the process.

Described by E.U. Observer as “the best trade deal the E.U. has negotiated,” CETA aims to eliminate 90% of tariffs between the two countries, the result being “lower prices for goods, fewer obstacles for exporters, and opportunities for European service companies to bid for work across the Atlantic.” If it goes through, it will be the E.U.’s biggest trade deal in history.

It would also allow European toys and electrical products to be sold straight to Canadians, “without having to go through a second round of health and safety checks,” The Economist reports, and one estimate suggest it would make Europe richer by €5.8 billion ($6.3 billion) a year.

However, the Walloon Parliament considers CETA to pose a threat to farmers and welfare standards— despite Belgium’s national government backing it.

The consequences of rejecting this agreement may not be felt by Wallonia itself, as 90% of Belgium’s trade to Canada comes from the Flanders region, E.U. Observer states. However, by sabotaging the Flemish economy, Wallonia “is also risking the part of the Belgian economy that pays for most of Wallonia’s welfare” and threatening to derail a balanced deal that could lead to improved jobs and growth across a whole continent.

“I hope that we will be able to see an agreed settlement in a few days with the Wallonians, because I believe that this CETA agreement is the best agreement that we have ever been able to negotiate to date,” European Commission President Jean-Claude Juncker said Friday.

CETA must be ratified by 38 regional and national E.U. parliaments before it can be implemented fully, reports The Economist. The vast majority of E.U. countries believe in the deal and will presumably seek to find a way around Walloon’s decision, but recent protests in Germany, Poland, Spain and France suggest that it’s not just the small Belgian region that is posing a threat.

Belgium is no stranger to governmental dysfunction. The country went 589 days in 2010-11 without an elected national government, a record for a democracy, because the Walloons and the Dutch-speaking Flemish were unable to agree on policy positions. 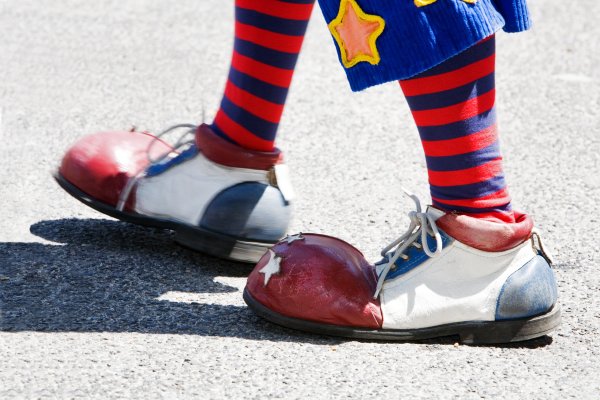