Between Two Worlds: Libya Has Devolved Into a Brutal Marketplace of Human Lives

The good news is that Africa has people who want to work. In fact, according to the International Monetary Fund, by 2035 the number of people reaching working age in Africa will exceed the number in the rest of the world combined. But Africa is not where the jobs are. And so every year, hundreds of thousands of migrants set off across the Sahara toward the promised land of Europe. The journey takes them to Libya, where aspiration verging on desperation meets laissez-faire economics at its most brutal.

Ungoverned except by self-interest, Libya serves as a treacherous bridge from a continent where 43% of the population still lives on less than $1.90 a day. People will pay dearly to leave, but traffickers take more than their money. By the time a young man from, say, Ghana reaches the Mediterranean shore, he has been reduced from a human being to a commodity–and eventually to cargo. The transformation begins somewhere between Agadez, Niger, and Sabha, where smuggling routes converge in Libya’s arid center. The journey across the Sahara is made by convoy, with perhaps 1,500 other migrants who may yet maintain a degree of control over their situation. They contracted with a smuggler, but a smuggler is someone paid to help. “It’s very important to differentiate between smuggling and trafficking,” says Magdalena Mughrabi, an Amnesty International official who has been interviewing migrants for five years about what happens in Libya. “Smuggling, by definition, is consensual.”

Before they reach Sabha, the migrants may be free to come and go. But the Libyan city is lawless, with armed gangs fighting for the space left by the 2011 collapse of Muammar Gaddafi’s regime. Migrants become captives of people who have, by now, already emptied their pockets. To get more, thugs might produce a mobile phone and dial a migrant’s family to demand a ransom as a beating is administered. “The family hears screaming, hears begging,” says Mughrabi, “and so they’re compelled to pay.”

For women, the forced transaction is often sexual assault; many female migrants take contraceptives to at least avoid pregnancy by their rapists.

This is the nightmarish reality that has been described for years from Europe, in numb or outraged tones by migrants who finally arrived there. But it remained largely unseen until the photographer Narciso Contreras penetrated what is now one of Libya’s biggest industries. A migrant who has paid passage is a unit of commerce, and he or she is exchanged on a market. When migrants reach the coast–usually in the far northwest of Libya–they wait again, either for a boat or for their sale to another mafia, which may repeat the extortions.

Many end up toiling in Libya for years. And when passage is finally arranged, it is on a barely seaworthy vessel with just enough fuel to reach international waters, where rescue boats from aid groups and Italy’s navy scramble to save the lives that have lost their value in Libya’s peculiar economy. The rescuers carry the migrants onward to Europe, where they request asylum–and enter a realm of paperwork, jurisprudence and wealth that may, at bottom, operate on the same assumptions of self-interest that have driven everything in the Africans’ terrible journey. But by the time they are lifted from the sea, they are, at least, once again human beings. 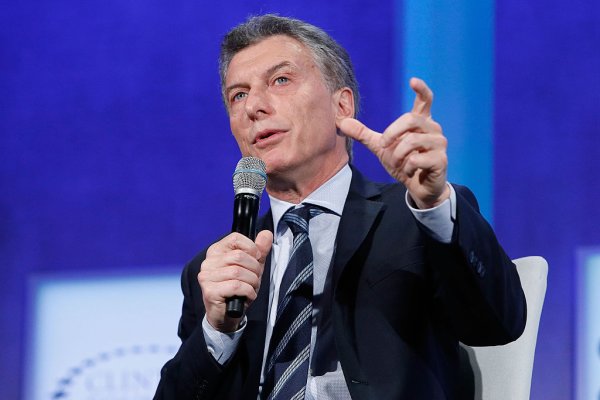 Argentina's Mauricio Macri on the Challenge of Change
Next Up: Editor's Pick