Donald Trump will probably lose this election, which is good news. Here’s the bad news: that loss may be just the beginning of Trump’s toxic presence in American political life. Nightmare scenarios are floating through Republican circles. The best cases posit a bitter and continuing Republican civil war between the Trump and “Establishment” factions of the party. The worst cases involve a clean break, a new right-wing populist party, anchored by a Trump-Breitbart-Ailes media empire. The mud generated by this new faction, fed by WikiLeaks and the Russians, could splash across the political spectrum, creating a perpetual fever swamp of conspiracy theories and calls for special prosecutors, crippling a Hillary Clinton presidency. Goth politics may be the new normal.

But: whoa, Joe. American politics is supple and enduring; a two-party system is our natural way. A century ago, populists and progressives threatened to upend the natural order, but their best ideas were assimilated into the existing structure. There were Dixiecrats and Henry Wallace leftists threatening the Democrats in 1948, but Harry Truman prevailed. Cooler heads usually do. Compromises are made. Tectonic transformations may occur, but they happen slowly–the last major one, beginning in the 1960s, moved Southern conservatives out of the Democratic Party. It’s probable that Trumpism will be sorted out and sanded down, just like other populist movements. We are not a cataclysmic people. Too much prosperity and stability is at stake.

Or maybe not. We live in the golden age of marketing. We are a society of postmodern tribes, organized by cable networks: Fox, ESPN, QVC, MTV–you name it. Fortunes are made by the discovery of a new niche. All you need are 10 million devoted viewers and you can make a lot of money. So let’s say, for the sake of argument, that Trump wins 50 million votes on Election Day–a losing total, and probably the low end of his expectations. Let’s also stipulate that at least half of those voters are reflexive Republicans who will hold their noses and vote for their party’s nominee. That leaves up to 25 million hardcore Trumpists as the potential market for a new network. There are reports that Trump’s son-in-law Jared Kushner is trying to find investors. Trump’s campaign orbit–a ridiculous political operation–looks far more plausible as a communications company: Steve Bannon of Breitbart, Roger Ailes and Roger Stone. Even Newt Gingrich is more plausible these days as a performer than as a politician.

And then you have the impending post-Ailes shake-up at Fox News. The Murdoch brothers, Rupert’s sons, reportedly want to take the network into a newsier realm, featuring less polarizing stars like Megyn Kelly, Chris Wallace, Bret Baier and Shepard Smith. That would leave a superhighway of market possibilities for a new Trump news, lifestyle, celebrity and reality network, featuring the likes of Sean Hannity, Laura Ingraham and who knows who else? The Duck Dynasty crowd? Ultimate fighting? Billy Bush? We’ve been heading this way for a long time: a fusion of politics and entertainment, a political party that’s also a network that’s also a reality-TV show.

But what about politics for the rest of us? Is there a potential home for those who take the complexities of democracy seriously? One thing you can safely predict is that the Republican Party’s leaders will try to establish their bona fides, and hold on to the Trump crowd, by stomping on Clinton from the moment she declares victory. There is talk of blocking all Supreme Court nominees until the court withers down to a seven-person bench with a conservative majority. There will be tremendous pressure on Paul Ryan not to cooperate with Clinton, even though very real progress can be made on economic and foreign policy. (You can bet that Clinton will be tough on the Russians, and perhaps the Chinese.) There will also be tremendous pressure on Clinton not to cooperate with Ryan. If nothing else, the WikiLeaks emails have exposed Clinton as a natural moderate, which will not please the growing number of socialists in Democratic ranks.

Moderates in both parties are at a disadvantage in this new political landscape. The extremists have already won the first round of the marketing battle: moderates are routinely called the Establishment and elitists and globalists rather than sane or reasonable people. A willingness to compromise is seen as a moral deficiency. So yes, Donald Trump may well lose this election, but the forces of political sanity–Democrats and Republicans alike–could find themselves on the defensive when it’s over. 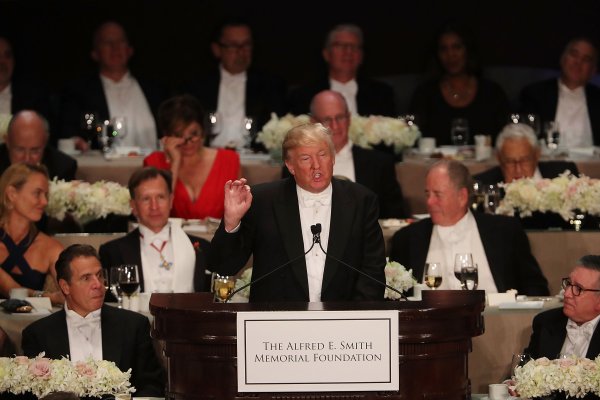