An Australian Soccer Coach Has Been Kidnapped in Yemen

An Australian soccer coach working in Yemen has been kidnapped, and has since appeared in a video asking for ransom from Australia’s government in exchange of his freedom.

Al-Arabiya reports that the man, identified as Craig Bruce McAllister, went missing late September in the country’s capital city Sanaa, currently under the control of Houthi rebel groups. The Yemen Post newspaper reports that he has gone missing since early this month.

According to the Australian Associated Press, a 24-second video released online shows McAllister unharmed, saying that his captors “are requesting that the Australian government send the money they have requested” in return for his freedom.

Australian foreign minister Julie Bishop said Wednesday that her department understands “that an Australian who has been in Yemen for some time has been kidnapped, but we don’t know the details,” and will work to assist McAllister’s family.

The AAP reports that McAllister, 56, had been coaching at a soccer club in Sanaa for two years, and another club in the south of Yemen for four years before that.

Yemen has been embroiled in a Saudi Arabia-led military intervention in its domestic conflict since March 2015, leading to widespread human rights abuses in what is dubbed the Middle East’s “forgotten war.” Last week, the U.S. navy fired Tomahawk cruise missiles at radar facilities in the country, after rebels launched missiles at U.S. warships in the Red Sea. 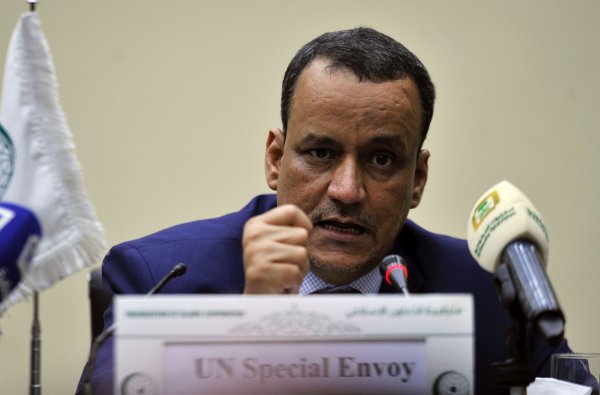