Michelle Obama: Donald Trump Is 'Threatening the Very Idea of America Itself'

Michelle Obama said Donald Trump is a threat to American democracy while delivering an impassioned speech Thursday in Arizona, a red state where she is campaigning for Hillary Clinton.

The First Lady told a crowd of Clinton supporters in Phoenix that Trump “just doesn’t understand us” and that the Republican nominee has a vision for America that is “completely and utterly lacking in hope.”

She also said Trump is “threatening the very idea of America itself,” criticizing him for saying that he’d keep the country in “suspense” over whether he’d concede if he lost the election in November. “We cannot stand for that,” Obama said.

Obama also took digs at Trump’s comments about women and immigrants, saying Trump doesn’t understand them. “Maybe that’s why he demeans and humiliates women as if we’re objects meant solely for pleasure and entertainment rather than human beings worthy of love and respect,” she said. “He just doesn’t understand us.” 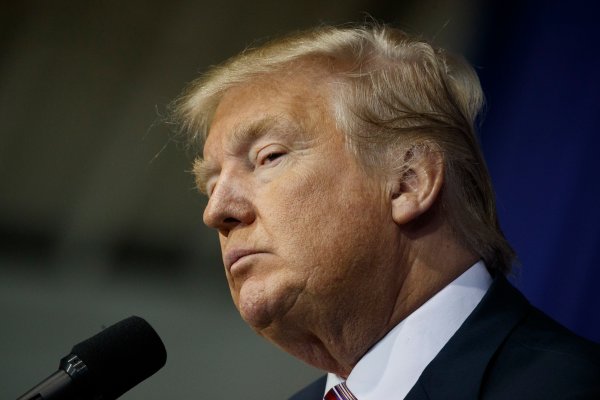 Donald Trump Walked Off of an Interview After a Question About Racism
Next Up: Editor's Pick