Malala Yousafzai Wants To Become The Prime Minister Of Pakistan

Malala Yousafzai may only be 19 years old, but she’s already accomplished more than most people aspire to in a lifetime. In addition to being a staunch advocate for girls’ education rights around the globe, the Pakistani native is the youngest person to ever win a Nobel Peace Prize and she also has a bestselling memoir under her belt. Now, she’s revealing one more goal: to one day become the prime minister of Pakistan.

Speaking at the Investing in the Future conference in the United Arab Emirates on Wednesday, Yousafzai said she hopes her latest dream would enable her to help girls and women more fully reach their potential in her home country.

“But when I saw women role models, it broadened my vision,” Yousafzai said according to Gulf News. “I saw Benazir Bhutto as a woman leader [who was] twice the prime minister of Pakistan. I heard about women athletes, women astronauts, women artists, women entrepreneurs… It allowed me to recognise the potential that I had, and that I can have as a woman, to achieve anything in my life. And my dream changed from becoming a doctor to becoming the prime minister of Pakistan, [for] fixing all the issues in bringing education [to all].”

Benazir Bhutto became the first democratically elected woman to lead a majority-Islam nation as Pakistan’s prime minister in 1988. She served two non-consecutive terms, stepping down from the second one in 1996. And just like Yousafzai, Bhutto survived an assassination attempt, before eventually (and tragically) being slain in 2007.

Yousafzai became a worldwide public figure when she recovered from her own assassination attempt in 2012 by the Taliban. With each passing year her popularity and influence as a global human rights leader has swelled tremendously — there’s little doubt that she’ll one day achieve her newest goal of leading her country. 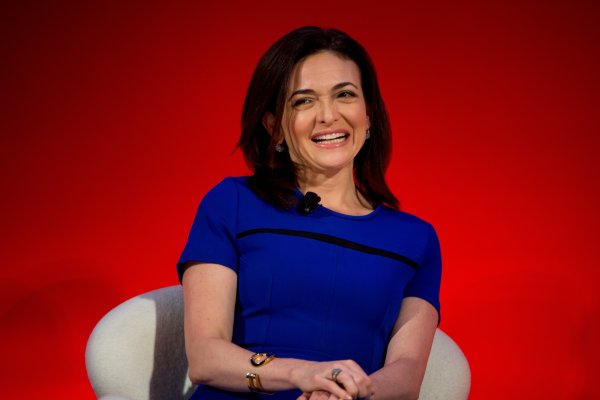 Sheryl Sandberg's Friends From Seventh Grade Helped Her Deal With Husband's Death
Next Up: Editor's Pick