Following the release of Kenzo’s colorful, print-filled collaboration with H&M ad campaign featuring Chance the Rapper and Iman, their celebrity-packed runway show and afterparty on Wednesday night has ramped up the hype.

While most people sat in front of their televisions for the third and final presidential debate, the fashion flock turned up in New York City for a one-of-a-kind runway show directed by Jean-Paul Goude, who also shot the campaign.

The catwalk featured models who showed off the new collection while performing a dance routine to the beat of a drumline and a Sam Spiegel remix of NWA’s iconic “Express Yourself” (Ice Cube was on deck as the after-party’s entertainment.)

What might have been even buzzier than the runway, however, was the front row at the show, which boasted fashion legend Bethann Hardison, actresses Rosario Dawson and Lupita Nyong’o, and Chloë Sevigny, as well as campaign stars Iman and Chance the Rapper, all outfitted in bright Kenzo x H&M ensembles.

The Kenzo collection hits 250 H&M stores worldwide on November 3; until then, you can experience the show at home with the Instagrams and video below. 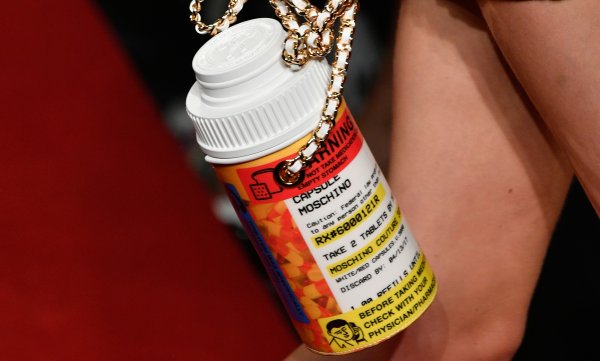