These 5 Cities Matter Most in the Fight Against ISIS

ISIS is reeling. As the Islamic State is rolled back in both Iraq and Syria, it’s getting difficult to keep track of which cities are being fought over and why they’re important. Here’s your scorecard as the battle against ISIS hurtles towards its end.

1. Dabiq, Syria
Over the weekend, the small Syrian town of Dabiq fell to Turkish-backed Syrian rebels after a relatively short final assault. The defeat isn’t a major military loss to the jihadist group, but it was a massive symbolic blow. That’s because the town has figured prominently in ISIS propaganda for years; they even named their English-language magazine after it. ISIS leadership sent 1,200 fighters to defend the town, but rebel groups, aided by tank and artillery support from a Turkey whose border is just 6 miles away from Dabiq, made quick work of them.

According to one Hadith—the sayings ascribed to the Prophet Mohammed—Dabiq will be the site of a climactic showdown between Muslims and non-Muslims ahead of the end of the world. But as the tide began turning against the terrorist group, ISIS downplayed the town’s importance, explaining that this battle wasn’t the one prophesied by the Prophet. Probably a smart move from a PR standpoint.

2. Raqqa, Syria
Raqqa is the caliphate’s de facto capital in Syria, and its strategic importance to the Islamic State approaches that of Mosul in Iraq. Before the Syrian conflict began, Raqqa was home to more than 1 million people; by February 2015, that number had fallen to 400,000. Under ISIS-control, it has become a crucial congregating point for ISIS fighters, thanks to its proximity to both the Iraqi and Turkish borders. It has also been the site of embarrassing defeats for Syrian President Bashar Assad’s troops and an important focus area for Russia as Moscow tries to bolster the Assad regime.

Meanwhile, the U.S. is backing the Syrian Democratic Forces rebel group, a 30,000-person outfit, of whom nearly 15,000 are Kurds. The U.S. has maintained that this is the only fighting force capable of displacing ISIS from the city. That does not sit well with Turkey, who views Kurds, both inside and outside Turkey, with suspicion. All of which is to say—there’s good reason that the fight for Raqqa has gone on for nearly three years, and not all of it has to do with ISIS.

3. Ramadi, Iraq
Ramadi was originally captured by ISIS forces in May 2015. And while the Iraqi security forces who spearheaded the counteroffensive outnumbered ISIS there by at least 10:1, it took seven months before the city was finally liberated in February 2016. That’s because thousands of civilians remained trapped inside the city, even after more than 250,000 managed to escape, according to the U.N.. ISIS would eventually set up checkpoints to keep people from running away, turning Ramadi into a city-sized hostage crisis. As the assaults continued, retreating ISIS forces took civilian families along with them to use as human shields.

Read More: How to Beat ISIS and Save Iraq

Another complicating factor was the dysfunction of the Iraqi security forces, which reflects the fractured politics of the country itself. Different units reported to different commanders, and some units refused to work with others. At the end of the day, American pressure and support help them overcome their differences and deliver the much-needed victory.

4. Fallujah, Iraq
ISIS as we know it today was born when Fallujah fell to its jihadi fighters in January 2014. It was the first major city ISIS seized, and its close proximity to Baghdad (just 40 miles away) allowed it to terrorize the Iraqi capital with a constant stream of car bombings. It also became the main home for ISIS leadership and their families.

That proved to be an important part of its downfall—because of their attachments to Fallujah, they couldn’t employ the same scorched earth tactics (like booby-trapping buildings) in defense of the city as effectively as they did elsewhere. It took anti-ISIS forces less than five weeks to recapture the city in June 2016. It also helped that the opposition forces—including U.S.-trained troops and pro-Shiite militias sympathetic to Iran—were relatively well-coordinated in their assault. All told, up to 1,800 ISIS fighters were killed in the campaign and another 1,000 arrested.

5. Mosul, Iraq
And finally, the city of the hour. Mosul has been in ISIS hands since June 2014; before that it was home to more than 1.5 million people and the largest Sunni population in a country dominated by Shia politics. It’s estimated that the city is currently controlled by anywhere from 4,000 to 8,000 ISIS fighters. It is regarded as ISIS’ “cultural capital”; this is the city where Abu Bakr al-Baghdadi, the leader of ISIS, chose to announce the establishment of the caliphate, and where some believe he is currently holed up. Mosul is situated next to critical oil fields, is a key trading hub for the region, and is a main source of tax revenue for the Islamic State.

It is a city that is as important symbolically to ISIS as it is strategically. And it should fall in relatively short order under a sustained assault from all sides.

The real question is what happens to the city after ISIS is ousted. There are so many combatants—among them the Iraqi government, Kurds, Shiite militias, numerous Sunni tribal groups—all angling to position themselves after the fight. They are currently united in their opposition to ISIS, but once that threat is gone, no one knows what comes next. It was bad enough having the ISIS flag flying over Mosul; an equally real worry is having no flag flying over Mosul afterwards. 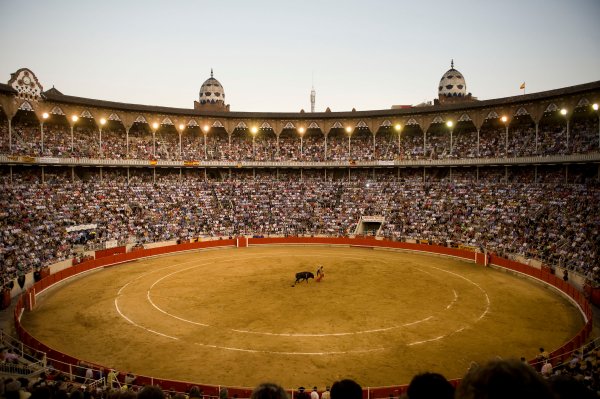