Here Are 7 Things J.K. Rowling Has Tweeted About Donald Trump

Harry Potter author J.K. Rowling is known for her way with words, and she has not held back in commenting on Donald Trump’s campaign to win the U.S. presidential elections.

During the third and final debate between Trump and Hillary Clinton on Wednesday evening, the British author live-tweeted some of her reactions to her 8.5 million Twitter followers:

Rowling also retweeted fellow novelist Stephen King, who it seemed was anticipating the outcome of the debate too.

This is not the first time that Rowling has expressed her thoughts on the 2016 U.S. elections via the social media site.

In reference to the allegations of sexual assault against Trump, Rowling did not hold back, retweeting many tweets that were critical of Trump and adding her own comment on the reaction to the events.

When one fellow Twitter user asked Rowling “aren’t you British? Mind your business!”, the author simply replied the following.

Rowling has also tweeted extensively to her large Twitter following about U.K. politics, particularly the state of the center-left Labour Party — to which she has donated over $1 million — and the result of the E.U. referendum, which she supported the ‘remain’ campaign. The following tweet on current affairs in 2016 was retweeted by nearly 40,000 people. 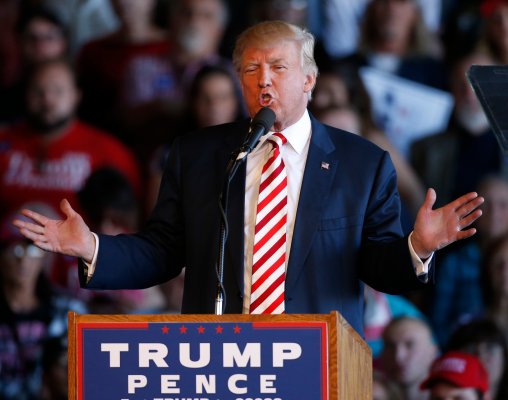 How to Stop a 'Manterrupter' Like Donald Trump
Next Up: Editor's Pick