The number of U.S. inmates exonerated after being falsely convicted of a crime hit a record high last year, according to a new study.

Eighty-seven were found in 2013 to have been wrongly convicted, according to a report out Tuesday by the National Registry of Exonerations, a joint project of the University of Michigan Law School and the Center on Wrongful Convictions at the Northwestern University School of Law.

Nearly half of those exonerated prisoners had been convicted of murder. About one-third of the exonerations involved cases in which no crime had occurred, the Registry found, and fewer convicts were exonerated through DNA evidence than in the past. That slow trend has been occurring for much of the last decade. The report also noted that 17 percent of those exonerated had originally pleaded guilty to crimes they hadn’t committed, specifically because those types of plea bargains can lead to reduced sentences.

Rob Warden, the co-founder of the Registry and executive director of the Center on Wrongful Convictions, said the numbers reflect a noteable improvement in the criminal justice system. “First, the courts and prosecutorial apparatus are more willing to take these cases seriously than they once were,” he told TIME. “There was a time when you wouldn’t have gotten a court to look at a case where there was a confession. Now we know that false confessions happen quite regularly.”

Texas had the most exonerations with 13, followed by Illinois (9), New York (8), Washington (7) and California (6). Rounding out the top 10 were Michigan and Missouri with five a piece, and four each for Connecticut, Georgia and Virginia. 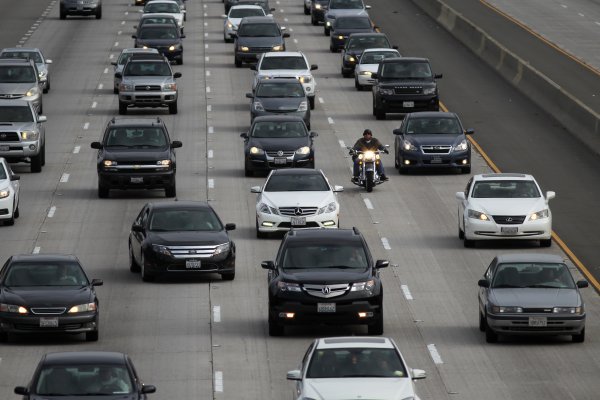 Government Wants Cars To Talk To Each Other
Next Up: Editor's Pick