'Crazy Ex-Girlfriend’ Star Suffered From Depression While Creating Her Show

Crazy Ex-Girlfriend star and co-creator Rachel Bloom has a hit TV show, a Golden Globe and just about everything she’s dreamed of. But getting to this level of success—and maintaining it—certainly isn’t easy. In an as-told-to essay for Glamour, Bloom discusses the anxiety and depression she faced on the brink of her show’s creation.

Before pitch meetings with her creative partner Aline Brosh McKenna, Bloom said she would have trouble sleeping. “Every night before a pitch that week, I had sleep anxiety,” she told Glamour. “I became delirious—and afraid that I wasn’t sleeping; ergo I would ruin everything. But the lack of rest didn’t ruin the pitches, and I was good at covering up my anxiety.”

Around the same time, her long-term boyfriend proposed to her, re-hashing anxious feelings she had previously had. “All I could think was, Don’t be anxious—if you think about anxiety today, you’re going to associate anxiety with your husband for the rest of your life,” she said.

At the peak of her stress, Bloom says her birth control company sent her the same pill from a different manufacturer. This change, she says, shouldn’t have affected most people, but had a harrowing impact on her: “I went from feeling anxious to sinking into the worst depression of my life. I needed help.”

Since then, Bloom says meditation and psychiatric help have gotten her back on track, but also the knowledge that other people suffer from similar conditions. “The thing that has most aided me through my anxiety and depression is realizing I’m not alone. I’m naturally bubbly, even when I’m sad. But here’s what people can’t see: During a spiral the world feels dark. I have anxiety about anxiety, then I worry the anxiety will ruin my life. It’s a snake-eats-tail loop. But in opening up to others, I found a lot of people have felt the same way.”

Read the full essay on Glamour.com 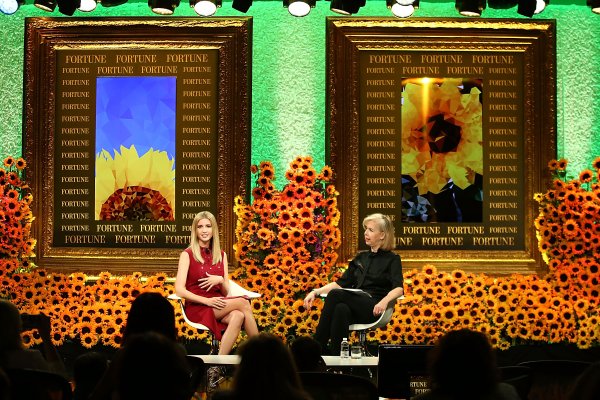 Ivanka Trump: If Donald Trump Loses, He Will 'Do the Right Thing'
Next Up: Editor's Pick