A Montana judge is facing a backlash after he sentenced a man who pleaded guilty to repeatedly raping his 12-year-old daughter to just 60 days in jail.

District Judge John McKeon is defending the short sentence, noting in an email to the Associated Press that state law permits exceptions to the mandatory minimum 25-year sentence for incest with a child, in cases where psychological evaluations find that treatment would afford “a better opportunity for rehabilitation of the offender and for the ultimate protection of the victim and society.”

But the judge’s decision has sparked objections, including a petition to impeach McKeon that had more than 20,000 signatures as of Wednesday at noon; if it reaches 25,000, it will be presented to the chief clerk of the Montana House of Representatives.

Under the judge’s sentence, the man, whom TIME is not identifying in order to protect the victim, will have to register as a sex offender, receive treatment and receive approval from his probation officer and treatment providers before having contact with the victim or any other minor, the AP reports. His access to the internet will be limited and he is prohibited from viewing pornography. His sentence is technically a 30-year suspended sentence, which he would have to serve if he failed to meet his probation requirements.

The victim’s mother and grandmother wrote letters asking that the defendant not be given a prison sentence, noting that the man’s sons “still love him” and saying they want him to be part of the children’s lives. A Deputy Valley County Attorney told the AP no one spoke on behalf of the girl at the sentencing hearing on Friday. 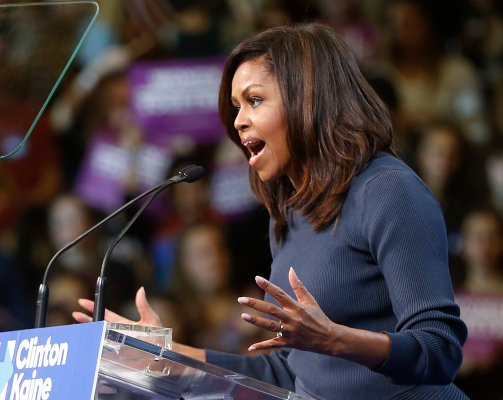 Michelle Obama Was Right About the History of Workplace Sexual Harassment
Next Up: Editor's Pick