A team of scientists in Tennessee accidentally discovered a new method to convert carbon dioxide to ethanol, a finding that could aid the development of new methods to fight climate change.

The finding comes from a group of scientists at the Department of Energy’s Oak Ridge National Laboratory (ORNL) who created a catalyst out of carbon, copper and nitrogen. Scientists added the catalyst and voltage to carbon dioxide to create ethanol. ORNL researcher Adam Rondinone, the study’s lead author, describes the discovery as “pushing [the] combustion reaction backwards.”

“By using common materials, but arranging them with nanotechnology, we figured out how to limit the side reactions and end up with the one thing that we want,” said Rondinone in a press release.

Carbon dioxide is the key greenhouse gas causing man-made climate change and the primary target of most rules and regulations aimed at addressing the issue. But scientists increasingly have warned that to keep global warming from reaching unsafe levels humans will need to develop methods to take the gas out of the atmosphere. Many proposals have focused on carbon capture and storage, which would store carbon dioxide underground, but that method has proved costly.

The scientists behind the ORNL study say that the process they created in the lab could be easily scaled to an industrial level. Energy companies could use ethanol produced from carbon dioxide as a low-cost battery to store electricity produced from solar or wind power plants, according to the researchers.

“A process like this would allow you to consume extra electricity when it’s available to make and store as ethanol,” Rondinone said. “This could help to balance a grid supplied by intermittent renewable sources.” 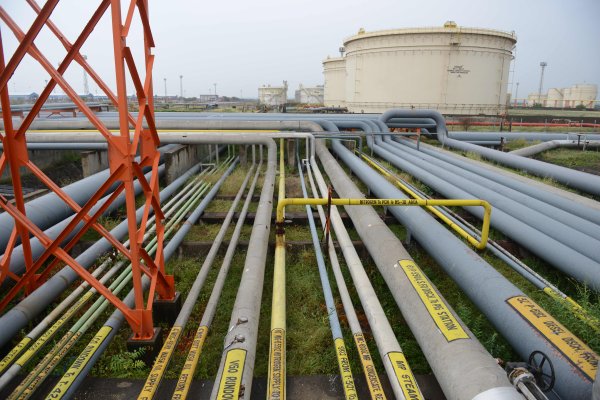 The Fossil Fuel Industry’s Methane Problem Is Worse Than Previously Thought
Next Up: Editor's Pick