Authorities cited self-defense as the reason for the fatal police shooting a 66-year-old woman in a Bronx apartment on Tuesday.

A sergeant was responding to a complaint from a neighbor about erratic behavior when he found the woman in a bedroom holding a pair of scissors, the New York Times reports. He asked her to drop the scissors, but police say she then picked up a baseball bat and tried to attack him. He shot her twice and she was pronounced dead at a local medical center.

Assistant Chief Larry W. Nikunen said in a press conference that there had previously been “similar types of calls” about the woman, who was not immediately identified. The sergeant had a taser on him, and an investigation will look into why he did not use it.

Bronx borough president Ruben Diaz Jr. called the incident “an outrage” and said that while he appreciates the NYPD’s hard work to protect the city, he knows “what excessive force looks like.” Mayor Bill de Blasio expressed similar sentiments on Wednesday afternoon, saying, “It should never have happened” and “The NYPD’s job is to protect life.” New York’s new police commissioner, James O’Neill, promised to “get to the answers of what happened,” saying it appeared the department’s procedures for dealing with emotionally disturbed people may not have been followed. 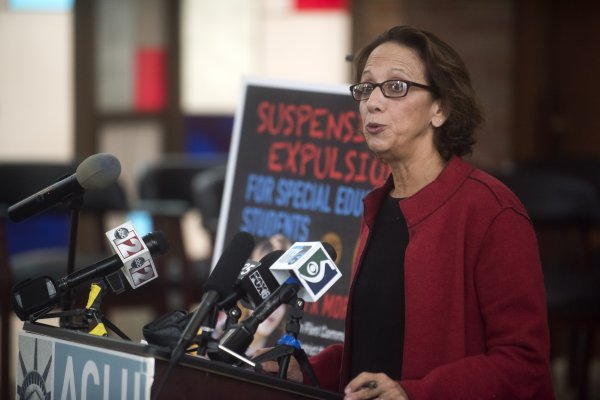 ACLU of Michigan Sues School Districts That Serve Flint Over Water Crisis
Next Up: Editor's Pick