A group of more than 50 retired military officers have signed a letter condemning Donald Trump’s candidacy for president, citing his remarks on sexual assault in the military and his lewd comments about women from a recently published recording.

“Those of us who are women are keenly aware that equality within the armed forces has been hard won, and each of us has experienced the ongoing battle for equality to some degree,” the letter says, according to the Wall Street Journal. “We are particularly sensitive to the issue of sexual assault, as the military is currently attempting to address sexual violence within its ranks.”

A Pentagon report released last year estimated that 20,300 military members, including men and women, were sexually assaulted in 2014. The Pentagon also found that assaults were underreported, and many of the women who did report faced retaliation.

The anti-Trump letter made reference to a commander-in-chief forum last month, when Trump was asked about how he would handle the problem of sexual assault in the military. Trump defended a 2013 tweet in which he acknowledged the problem and mused, “What did these geniuses expect when they put men & women together?” At the forum, Trump said it was a “correct tweet,” while calling the issue a “massive problem” and vowing to “come down very, very hard on that.” He suggested that the government set up a “court system within the military,” which already exists.

The letter from retired officials also took issue with remarks Trump made in a leaked 2005 conversation, in which he bragged about being able to grope women because of his fame. “And when you’re a star, they let you do it,” Trump says in the recording. “You can do anything.”

“Together with his remarks at the Forum, they suggest that he condones—and indeed, has himself engaged in—the abuse of a position of power for sexual gratification,” the letter said. “This disqualifies him from being commander-in-chief. The American people deserve better than a misogynist-in-chief. Donald Trump’s behavior is antithetical to American values.”

Fortune has reached out to the Trump campaign for comment and will update this story if we receive a response. 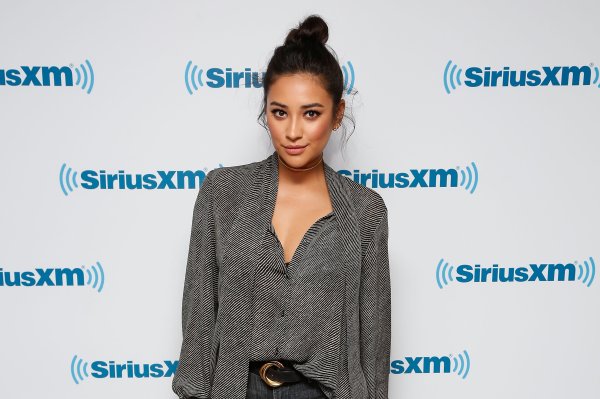 Shay Mitchell Says Millennials Don’t Like to 'Stay in a Box’
Next Up: Editor's Pick