A Sudanese man stands near a tent painted with the British flag at the "Jungle" migrant camp in Calais on Oct. 12, 2016.
Philippe Huguen—AFP/Getty Images
By Suyin Haynes

The British government has refused calls for identifying health checks to be performed on child migrants arriving in Britain from Calais to determine their age.

Press outlets in the U.K. questioned the ages of the first child and teenage refugees pictured arriving in Britain from Calais on Monday, saying they appeared to be much older. The government agreed earlier this year to take in unaccompanied minors to be reunited with families in the U.K.

A call for stringent checks, including dental tests and X-rays, to verify the ages of migrants was publicly stated by Conservative MP David Davies, who said earlier this week: “People in Britain want to help children but we don’t want to be take for a free ride either, by people who seem to have got to the front of the queue even though they clearly look in some cases a lot older than 18.”

The Home Office responded on Wednesday by rejecting the use of dental tests to determine the age of the new arrivals in the U.K. as “inaccurate, inappropriate and unethical”. The Guardian reported that the Home Office referred to their partnership with French authorities in determining the eligibility of child refugees, saying “Where credible and clear documentary evidence of age is not available, criteria including physical appearance and demeanour are used as part of the interview process to assess age.”

The official government rejection of the policy was welcomed by the British Dental Association, who highlighted that the use of dental checks is not an accurate way to determine age, The Guardian reports.

The BDA said that it is”inappropriate and unethical to take radiographs of people when there is no health benefit for them.” 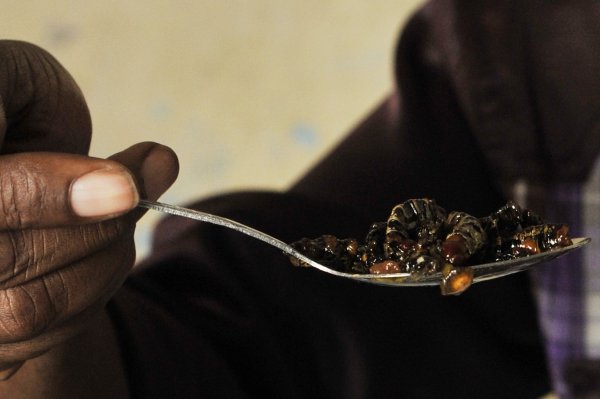 Violence Over 'Caterpillar Tax' in DR Congo
Next Up: Editor's Pick