Malaysian Restaurants Are Being Told to Call Hot Dogs Something Else

An employee cooks burgers and hotdogs at a roadside stall in Karak, outside Kuala Lumpur, on Oct. 18, 2016
Mohd Rasfan—AFP/Getty Images
By Kevin Lui

Food outlets with hot dogs to sell in Malaysia are facing a crisis of unprecedented proportions: they may soon need to call their hot dogs something else.

The guidance comes from the vice president of the country’s consumer watchdog, the Federation of Malaysian Consumers Associations, as he responded to news that the country’s franchise of American pretzel chain Auntie Anne’s could not receive halal certification unless its “pretzel dog” is renamed as “pretzel sausage.”

The term root beer has also been deemed unacceptable since 2009, because of Islam’s prohibition on alcohol — even though root beer contains no alcohol.

“Even though the food sold at the outlet is halal, an inappropriate name is not suitable,” said Mohd. Yusof Abdul Rahman, according to the Free Malaysia Today website.

The Star newspaper reported Tuesday that the recommendations made by the Malaysian Islamic Development Department, also known as Jakim, had gone viral on Malaysian social media after an executive at Auntie Anne’s Malaysia posted the news Monday on Facebook.

“It is more appropriate to use the name ‘Pretzel Sausage’,” Jakim’s halal-division director Sirajuddin Suhaimee said, according to the Star.

Many Muslims consider dogs unclean and refrain from drinking alcohol, but the term hot dog in reference to the food item has been used in Malaysia for a long time.

Jakim later clarified that this does not mean Auntie Anne’s would fall under the nonhalal category of food outlets.

The decision and recommendation has sparked considerable backlash among Malaysians, including activist Marina Mahathir, daughter of former Prime Minister Mahathir Mohamad, who snarked on Facebook, “Oh we poor easily confused Muslims who have never heard of hot dogs before … will have no choice but to buy one if one was on the menu.“ 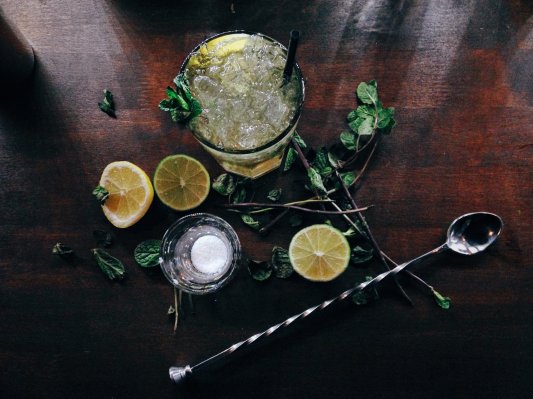 The Best Cocktail for Each Zodiac Sign
Next Up: Editor's Pick