Olympic Swimmer: There's More We Must Do to Stop Gun Violence

South Koreans light candles at a memorial in front of the US embassy in Seoul, 21 April 2007, in memory of the victims of the Virginia Tech massacre.
JUNG YEON-JE—AFP/Getty Images
Ideas
By Townley Haas / Medium

It’s been almost 10 years since the on-campus Virginia Tech massacre, where 32 students and professors were killed and another 24 were injured. My sister Emily was one of them. She was 19 years old—a sophomore sitting in a French class when the shooter went down the hallways that morning and into her classroom.

While she was on the phone with 911, telling the police what was happening and directing them to the classroom building, Emily was shot twice in the head. Thankfully, she was one of the fortunate ones who survived that tragic day.

I’m now her age when she was shot.

It was an understandably traumatic event for me and my family, just as it is for so many innocent families affected by unnecessary gun violence every single day in this country. I’ll never forget that day as a 10-year-old.

For me, channeling my energy into swimming allowed me to forget some of our troubles. But it’s impossible to totally escape it.

The hard work, commitment to my goals and belief that I can do better has been the roadmap that has taken me a long way in my swimming career. I’m honored to represent my family and my country and was proud to bring home Olympic Gold for Team USA.

Yes, it’s hard work – just like the journey to Olympic Gold. But much like in this sport, working together as a team will increase our ability to meet our goals. We have to do more to recognize that enough is enough.

Reducing gun violence is also hard work but that shouldn’t sway us from trying. I’m disappointed that more hasn’t been done to curb gun violence since my sister was shot almost 10 years ago. We’ve seen way too many deadly incidents since that day in Blacksburg, enough to know we haven’t come nearly far enough.

Yes, it’s hard work – just like the journey to Olympic gold. But much like in sports, working together as a team will increase our ability to meet our goals. We have to do more to recognize that enough is enough and get better.

I’ve been fortunate to have the honor to represent this country. I believe in this country and know what can be done when the powers that be come together for an important cause. There is no more important goal than saving lives.

Having Emily and her daughter hold my gold medal was a special moment – one that almost never happened. While Emily and our family were fortunate that she survived that day, other families live every day with their grief.

Let’s save other families the heartache we experienced and the devastation and pain that families suffer when a loved one is killed. It can be done. 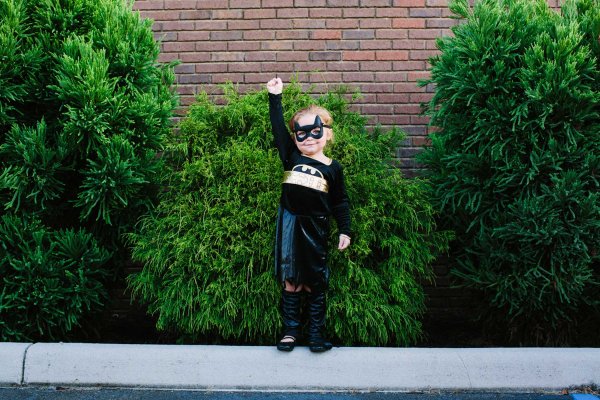 The Little Superheroes of Townville
Next Up: Editor's Pick