Sir David Attenborough stands in front of a section of the keel of the RRS Sir David Attenborough in the Construction Hall at Cammell Laird in Birkenhead, before he initiates the lifting of the first 'block'. Picture date: Monday October 17, 2016.
Peter Byrne—PA Wire/Press Association Images
By Kate Samuelson

British television presenter David Attenborough has suggested visitors to zoos should observe gorillas through peepholes rather than glass panels in order to respect their privacy.

The veteran naturalist’s comments came after an 29-stone male silverback gorilla escaped from his London Zoo enclosure Thursday after he became irritated at visitors. He was shortly recaptured and returned to his den, where he is now “awake and well,” according to the Zoological Society of London’s London Zoo.

“They are wonderful animals, gorillas. They are animals which guard their privacy in the forests of west Africa,” the 90-year-old told the British television channel ITV. “Sometimes visitors to zoos are not respectful and they start shrieking or waving their arms in order to get the gorilla to do something… but they are not ‘just animals’, they are related to us.”

“Maybe the solution is that people should not be allowed to be behind big sheets of glass, but be looking behind peepholes so that the gorillas don’t realise [they are being watched],” he added. “But that’s very difficult to do in a zoo where there are tens of thousands of people wanting to see these animals.”

Attenborough admitted that zoos, while flawed, are sometimes the best option for endangered primates. “It would be nice to think gorillas were safe in the wild, but they aren’t,” he said. “One of the functions of zoos is to preserve species that are in danger of extinction. There’s a lot to be said for zoos.” 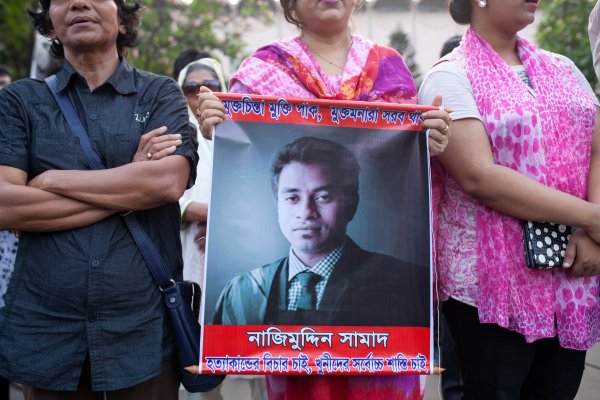