On the International Day of the Nacho this Friday, those who are celebrating the annual Oct. 21 celebration of the tortilla-chip-and-cheese dish will likely be busy eating the crunchy treat that’s loved all over the world. But, in between bites, it’s worth examining the history of the dish. Nachos, it turns out, though they may seem like something that anyone could have invented, are actually new enough that it’s possible to trace their history to one particular man.

A thorough version of the story comes courtesy of the Oxford English Dictionary, via Adriana P. Orr, who shared her research into nacho etymology with the OED newsletter in 1999.

According to her work, nachos first appeared in 1943 in Piedras Negras, a small Mexican city which is very near to the U.S. military base Fort Duncan, in Texas. A group of about a dozen U.S. military wives, whose husbands were stationed at the base, had spent a day shopping in Eagle Pass when they decided to stop for some dinner —only to find that all the nearby restaurants were closed.

Ignacio Anaya, a maître d’ (or chef, according to some accounts) at the old Victory Club in Piedras Negras took pity on them and decided to cook something out of what was left in the kitchen. He sliced and fried some tortilla chips, covered them with shredded cheddar and sliced jalapeños, and put the concoction in the oven for a couple of minutes.

He then served the inventive snack to the ladies, naming it after himself—Ignacio, or rather the nickname Nacho. Hence, ‘Nachos Especiales.’

The recipe was later recorded in an Eagle Pass church cookbook, which Orr wrote “confirms the existence of Ignacio ‘Nacho’ Anaya, gives the Victory Club as the place in which he invented his ‘nacho specials’, and provides his own original recipe.”

Anaya died in 1975 but his son, Ignacio Anaya Jr. of Eagle Pass, kept the family legacy alive. He spoke to a reporter from the San Antonio Express-News in 2002. He said that he looked into helping his father claim ownership of the nacho in 1960, but it was too difficult. “I talked to a lawyer in San Antonio. He said there’s not much you can do after 17 years. It’s in the public domain,” Anaya Jr., who owned a Nacho’s Restaurant in Piedras Negras, told the paper.

Anaya Jr. also served as a judge for an annual nacho competition held in Piedras Niegras on the second weekend of October.

So today, when crunching on a cheesy tortilla crisp, spare a moment to remember Ignacio Anaya, whom we have to thank for bringing the delectable treat into our lives. 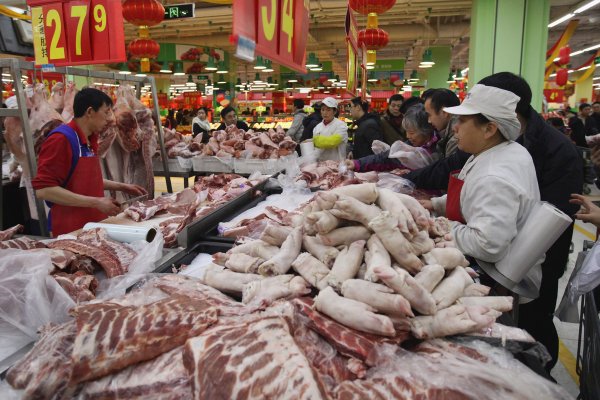