WikiLeaks confirmed Monday that the Ecuadorean government had cut Julian Assange’s Internet access, ending speculation that it was the U.S. or U.K. government that had done so.

The antisecrecy group said over Twitter that it had “activated appropriate contingency plans.”

WikiLeaks founder Assange has been living in Ecuador’s embassy in London since June 2012. He was granted asylum by Ecuador after a British court ordered his extradition to Sweden, where he is wanted for questioning on a rape allegation. Assange fears that if he were to be extradited to Sweden, he would, in turn, be extradited to the U.S. for his role in obtaining and publishing classified information.

WikiLeaks has been a prominent publisher of hacked Democratic Party materials at a time when U.S agencies have accused Russia’s “senior-most officials,” of a campaign of cyberattacks. Assange has denied any connection with Russia but refuses to reveal WikiLeaks’ sources.

Guillaume Long, Ecuador’s Foreign Minister, confirmed on Monday that Assange remained under his government’s protection but did not comment on the issue of Internet access, Reuters reported. 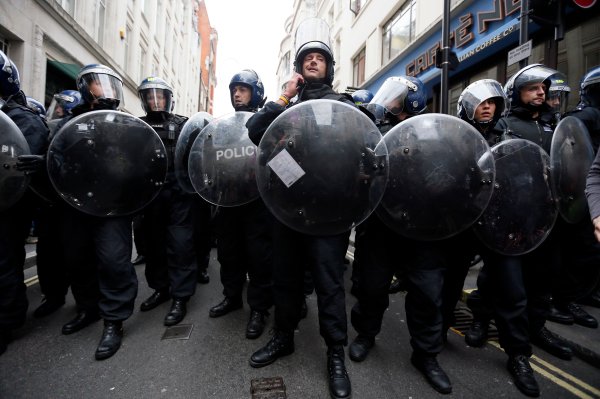