The head of a major, U.S.-headquartered group representing senior police worldwide has acknowledged and apologized for law enforcement’s past actions and role in America’s “historical mistreatment” of minorities.

Terrence Cunningham, who heads the police force of Wellesley, Mass., made the apology as president of the nonprofit International Association of Chiefs of Police (IACP). The Washington Post reports that the apology — made during the group’s convention in San Diego — was on behalf of the organization, whose members include 23,000 U.S. police chiefs as well as senior officers from dozens of countries across the globe.

Cunningham reportedly spoke of “multigenerational — almost inherited — mistrust” between U.S. minorities and police. According to the Post, he said that the first step in “changing the future” of that relationship was “for law enforcement and the IACP to acknowledge and apologize for the actions of the past and the role that our profession has played in society’s historical mistreatment of communities of color.”

He also noted that “those who denounce the police must also acknowledge that today’s officers are not to blame for the injustices of the past,” and concluded, the Post said, by hoping that all sides can work together to “break this historic cycle of mistrust and build a better and safer future for us all.“

The Post reports that Cunningham’s speech received a standing ovation by IACP members at the meeting.

His statement comes in the wake of heightened concern over the relationship between U.S. police forces and minority communities. These tensions have been put in the spotlight following a series of highly publicized civilian deaths during police actions across the country, which have triggered impassioned responses and protests.

Civil rights leaders, including representatives from the American Civil Liberties Union and the NAACP Legal Defense Fund, as well as the Rev. Al Sharpton, welcomed Cunningham’s remarks, reports the Post. However, the Fraternal Order of Police, which represents more than 300,000 U.S. law-enforcement officers, criticized Cunningham’s speech.

The order’s national president Chuck Canterbury told the Post, “Apologies do not adequately address the current issues facing law enforcement and the communities that we serve.” 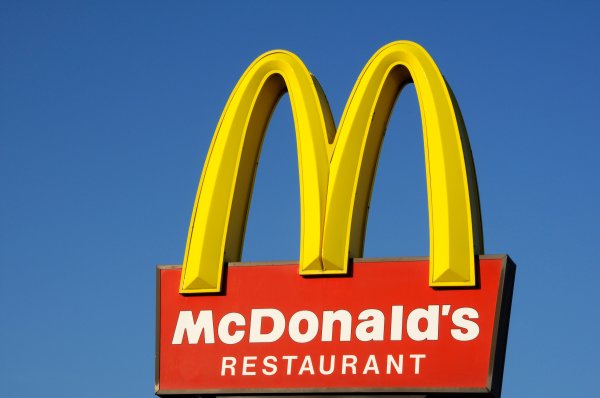 McDonald's Sexual Harassment Complaints Show How Widespread the Problem Is
Next Up: Editor's Pick