Black Doctor Who Said Flight Attendant Stopped Her From Helping Passenger: 'We Still Have So Much Further to Go'

When a flight attendant stopped Dr. Tamika Cross, OBGYN, from helping an unconscious passenger, she was confused — because she’s a doctor.

“We are looking for actual physicians or nurses or some type of medical personnel,” the young black OBGYN resident says the attendant told her. “We don’t have time to talk to you.”

Cross, who works at Lyndon B. Johnson Hospital in Houston, said the incident was an “unfortunate scenario.” The flight attendant asked for an onboard physician on the flight from Detroit to Minneapolis. She volunteered. But the flight attendant continually questioned whether Cross was really a doctor.

In an interview with TIME, Cross says her now-viral experience reveals the national dilemma of inherent bias America still faces.

“Besides being concerned that the series of events delayed initial medical assessment, the situation is obviously upsetting. We have come so far in this nation but this is a reminder that we still have so much further to go,” she tells TIME.

Delta said in a statement that the company is conducting a full investigation.

“We are troubled by any accusations of discrimination and take them very seriously,” the Delta statement said. The company added, “Three medical professionals identified themselves on the flight in question. Only one was able to produce documentation of medical training and that is the doctor who was asked to assist the customer onboard. In addition, paramedics met the flight to assist the customer further.”

Cross’s account of the incident and Delta’s statement differ.

Cross tells TIME she wants sensitivity training for the employee in question plus a public apology from Delta on the flight attendant’s behalf. While Cross believes this incident was unique to this one flight attendant, she sees the incident as a learning opportunity for everyone.

Delta Airlines did not elaborate on their statement except to tell TIME that “[t]he experience Dr. Cross describes run counter to our culture and we are taking it very seriously.” 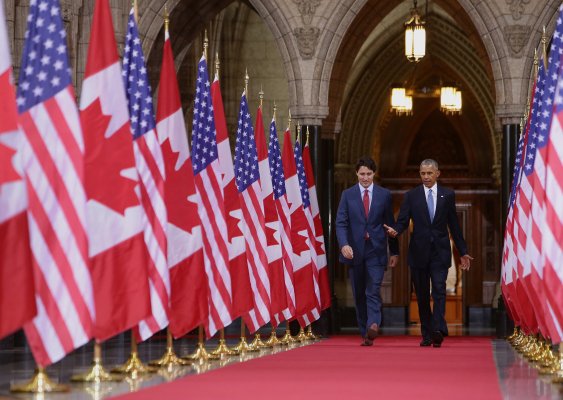 Canada Has a Message for the U.S.: You're Already Great
Next Up: Editor's Pick