In the ultimate dad move, President Obama took time during a speech at Washington, D.C.-based Benjamin Banneker Academic High School to give his best impersonation of his daughters on their cell phones.

POTUS, who has long been established as the Dad-in-chief, thanks to his endearingly bad dad jokes and affinity for high-rise denim, demonstrated how charmingly paternal he could be when he channeled daughters Sasha and Malia texting on their phones.

His impression of his daughters on their phones was not only hilarious, but showed a true commitment to accuracy, as demonstrated by his excellent form while pretending to take a selfie.

See Obama’s very excellent dad antics for yourself in the clip above. 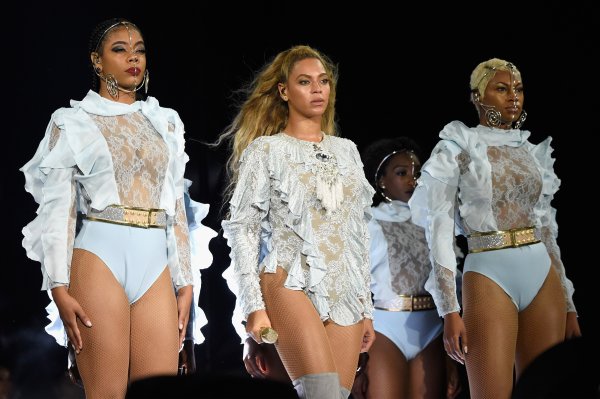 Watch This Police Officer Master Beyoncé's 'Formation' Choreography at a Pep Rally
Next Up: Editor's Pick