The prisoner who wrote Guantánamo Diary, a memoir recounting his daily life as a detainee, has been released from prison after 14 years.

Mohamedou Ould Slahi, 45, has gone home to his native Mauritania after spending more than a decade at Guantánamo Bay.

“I feel grateful and indebted to the people who have stood by me,” Slahi said in a statement released by the American Civil Liberties Union. “I have come to learn that goodness is transnational, transcultural, and trans-ethnic. I’m thrilled to reunite with my family.”

The bestselling Guantánamo Diary describes Slahi’s experiences while imprisoned by the U.S. government.

Slahi was never charged with any crime while in U.S. custody. According to U.S. officials in military and court files, Slahi traveled from Germany, where he was attending college, to Afghanistan to join Islamic rebels in a fight against the communist government supported by the Soviet Union, the Associated Press reported.

Slahi later swore allegiance to al-Qaeda, and had contacts with significant people in the organization, including two men who became hijackers in the 9/11 attacks, according to the AP. He was detained in Mauritania in November 2001 and questioned by FBI agents.

Slahi was then transferred to prisons in Jordan and Afghanistan before being sent to Guantánamo, where he says he was tortured with beatings, sleep deprivation, isolation, frigid rooms, shackling in stress positions and threats against both himself and his mother, according to the ACLU.

The memoir, released in 2015, prompted a wave of global outrage over the treatment of prisoners at Guantánamo Bay.

A June 2 hearing by the periodic review board, a panel that reviews continued detention of Guantánamo detainees, cleared Slahi for release. Now, 60 prisoners remain at the detention center, 19 of whom have been cleared for release. 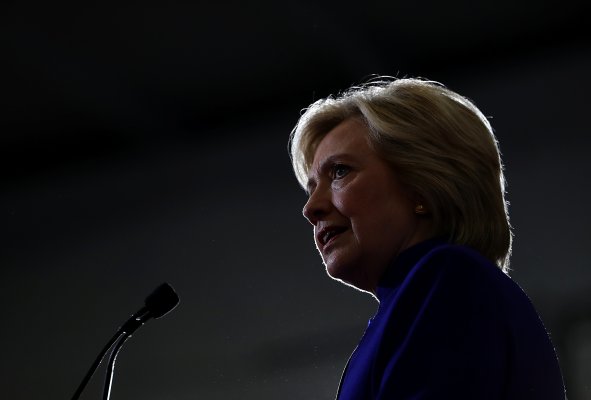 Hillary Clinton Has the Best Solution to Homegrown Terrorism
Next Up: Editor's Pick