A group of good Samaritans were caught on video forming a human chain to save a man from a burning car after a crash.

A car reportedly was driven into an embankment in Florida after its driver was involved in a car accident over the weekend. A group of witnesses approached the vehicle and noticed the driver was still strapped inside, CBS News reports. When fire and rescue teams arrived on the scene, a human chain was formed to get the driver to safety.

“Grabbed onto his belt, kind of pushing him, kind of hanging onto him, dragging this guy with whatever we had and made it up to the top,” one of the rescuers told a local news station. The driver was later taken to a hospital where he was treated for minor injuries.

An onlooker managed to capture the entire scene on video. Several people can be heard praying as the scene unfolds. 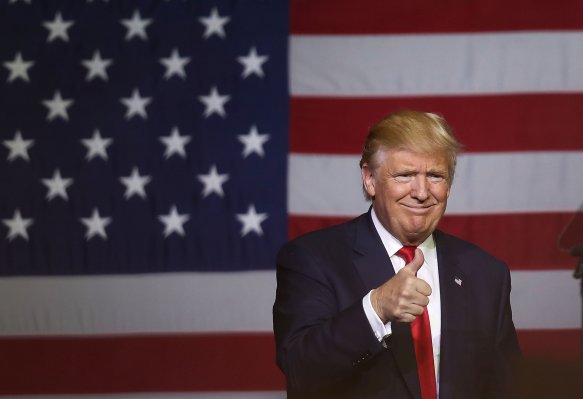 "Trump-rested Development" Is the New Hit Political Parody
Next Up: Editor's Pick