George Zimmerman (l) and Matthew Apperson (r) during a trial at Seminole County courtroom in Sanford, Fla., on Sept. 16, 2016. Apperson is accused of trying to kill George Zimmerman by shooting into his truck during a road rage dispute on Lake Mary Boulevard last year.
Red Huber—Orlando Sentinel/AP
By Melissa Chan

A Florida man who shot at George Zimmerman’s vehicle during a road-rage incident last year was sentenced Monday to 20 years in prison, officials said.

Matthew Apperson was also handed down two 15-year prison terms for aggravated assault and shooting into an occupied vehicle, Seminole County State Attorney spokeswoman Lynne Bumpus-Hooper said in a statement. All of the sentences will be served at the same time.

Apperson was convicted of attempted second-degree murder in September after he fired at Zimmerman in May 2015. Zimmerman suffered minor injuries from glass shards after the bullet shattered his passenger-side window.

Zimmerman fatally shot unarmed black teenager Trayvon Martin in 2012. He was acquitted in the death in 2013.

Zimmerman told a judge that Apperson “joyfully bragged” about killing him after the road-rage encounter, according to the Orlando Sentinel.

Apperson’s family said they were shocked at the sentence and maintained that Apperson was innocent. “I’m having trouble comprehending all of it. I stand here numb, completely numb,” his wife, Lisa Apperson, told the Sentinel. “I feel like my feet are just going to give up from under me.”

Moments before the sentencing, Lisa Apperson said in court that authorities have “given George Zimmerman a golden ticket to go out and do whatever he wants to do.” 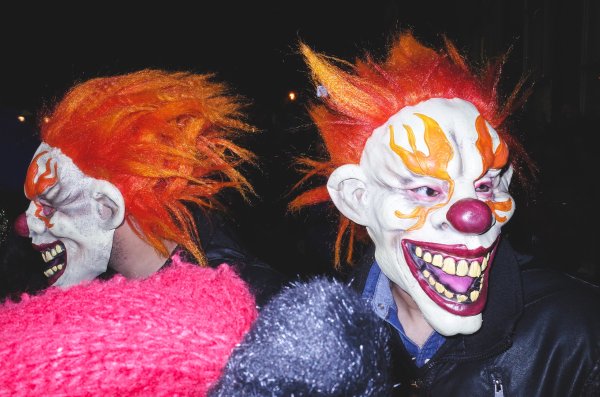