Tamura An engineering student soothes a baby robot during a presentations at a lboratory in Tsukuba University, Ibaraki Prefecture on February 12, 2010.
KAZUHIRO NOGI—AFP/Getty Images
Ideas

Driven by a declining population, a trend for developing robotic babies has emerged in Japan as a means of encouraging couples to become “parents.” The approaches taken vary widely and are driven by different philosophical approaches that also beg a number of questions, not least whether these robo-tots will achieve the aim of their creators.

To understand all of this it is worth exploring the reasons behind the need to promote population growth in Japan. The issue stems from the disproportionate number of older people. Predictions from the U.N. suggest that by 2050 there will be about double the number of people living in Japan in the 70-plus age range compared to those aged 15-30. This is blamed on a number of factors including so-called “parasite singles”, more unmarried women and a lack of immigration.

So, what are the different design approaches that are being taken to encourage more people to become parents? These have ranged from robots that mimic or represent the behaviour of a baby through to robots that look much more lifelike. Engineers at Toyota recently launched Kirobo Mini, for example, as a means of promoting an emotional response in humans. The robot does not look like a baby, but instead models “vulnerable” baby-like behaviours including recognising and responding to people in a high-pitched tone and being unstable in its movements.

At the other end of the spectrum is Yotaro, a robotic baby simulator that uses projection technology for its face so it can simulate emotions and expressions. The simulator also models reaction to touching, mood and even illness through an in-built runny nose.

Past evidence might suggest that giving couples robotic baby simulators would encourage population growth. Recent educational experiments with robotic babies and teenagers in the US and Australia, for example, found that although robotic babies were tested as a means of deterring teenage pregnancies actually increased among those groups that were allocated robotic babies compared to control groups.

However, it would be too simplistic to say that this might be the same result for all adopters of robotic babies. Ages and cultural differences would play a significant part in any outcome.

As well as aiming to promote a growth in population, researchers are also aiming to prepare young couples for the longer term needs of a child as it grows. Robots have been developed to represent children in a range of age groups, from “nine-month-old” Noby to “two-year-old” toddlers such as CB2 (although the latter is the output of research exploring the development of a biometric body).

While much focus has been on what goes into a baby robot, there are potential emotional issues for “parents”. There have been a number of studies that have examined the relationship between humans and robots. Researchers have discovered a high degree of bonding can form between the two, a bond that is strengthened when the device is a social robot which may have a human-like appearance or portray human-like behaviours.

There are some interesting caveats to this rule of thumb, such as the “uncanny valley” identified by Mashiro Mori, which suggests there is a range of realistic human qualities that humans find repulsive rather than appealing.

At present, development is very much a one-way relationship; one in which the human projects human qualities onto the robot. But there are currently a number of projects underway to develop robots that make use of Artificial Intelligence techniques so that they can form their own relationships with humans.

This then leads to the ethical implications of using robots. Embracing a number of areas of research, robot ethics considers whether the use of a device within a particular field is acceptable and also whether the device itself is behaving ethically. When it comes to robot babies there are already a number of issues that are apparent. Should “parents” be allowed to choose the features of their robot, for example? How might parents be counselled when returning their robot baby? And will that baby be used again in the same form?

These problems may persist throughout the lifespan of the “child”. If a point in time arrives when parents need to swap their robot baby for another due to defects or because they want an older “child”, for example, how might the emotional attachment to the first “child” migrate to the replacement given that this really should be the evolution of the same “person”? In practical terms, this may be possible through software updates similar to updates to apps on smartphones today – or even transplanting components to allow the evolved “child” to retain characteristics and memories, similar to replacing a hard disk drive in a computer.

Even taking Asimov’s “three laws” of robotics into account becomes problematic depending upon the interpretation of the laws. For example, the first law states that a robot should not harm a human being. What if harm can be considered as emotional or psychological? You could argue that a human may be emotionally harmed when bonding with a robot baby as a result of the robot’s actions.

The use of social robots in general raises many issues, both ethical and technical. The problem of declining birthrates is, however, a real and growing problem in a number of nations. Robot babies may not directly prove to be a solution, but it may lead to research that offers better understanding and insight into the problem of birthrate decline. 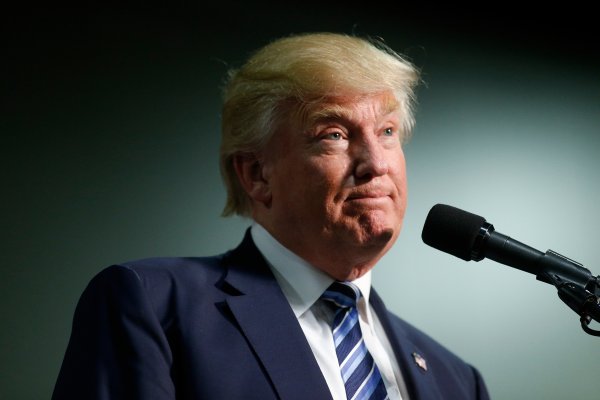 Isolationism Could Be Bad for Our Health
Next Up: Editor's Pick