Priyanka Chopra has apologized for wearing a shirt that has been blasted as insensitive to refugees in a photo that appeared on a magazine cover.

Chopra appeared on the sixth anniversary cover of Condé Nast Traveller‘s India edition in a shirt that had the words “refugee,” “immigrant,” and “outsider” crossed out, leaving the word “traveller” at the bottom of the list. After people criticized the shirt for being insensitive to the plight of refugees, Chopra told Indian news NDTV that she didn’t mean to offend, BBC reports.

“I’m really apologetic about sentiments being hurt. I have always been against labels. I am very affected and feel really horrible, but the message has been misconstrued,” Chopra said. “The magazine was very clear that they wanted to send a message about addressing xenophobia with labels.”

When the cover was revealed last week, the shirt sparked criticism on social media, leading to a debate on whether it was offensive. Condé Nast Traveller released a statement in defense of the cover choice, noting that the magazine created the T-shirt to make a statement against xenophobia.

“Whether we are moving across oceans or just a few kilometres, or in our mind’s eye, into a completely different world, whether we are doing so due to free will or circumstance—we are all travellers,” the statement said. 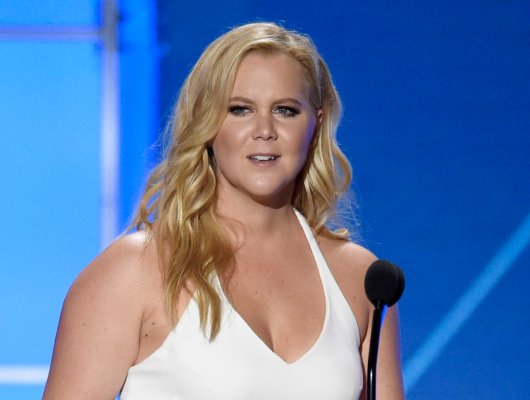 People Walked Out of Amy Schumer's Show After She Mocked 'Orange' Donald Trump
Next Up: Editor's Pick