The British bank accounts of RT, Russia’s state-run broadcaster formerly known as Russia Today, have been frozen by NatWest, according to the organization’s editor-in-chief.

“They’ve closed our accounts in Britain. All our accounts. ‘The decision is not subject to review.’ Praise be to freedom of speech!,” editor Margarita Simonyan tweeted in Russian. “The outcome of the day: we closed the account in Britain. The money is not locked, but the bank announced that it will stop serving us, without explanation,” she added later.

The broadcaster shared a letter from NatWest – part of the Royal Bank of Scotland Group – received by the London office. “We have recently undertaken a review of your banking arrangements with us and reached the conclusion that we will no longer provide these facilities,” it read. The bank added that the decision was final and no discussions would be entered into, but failed to give a reason why.

“This decision is incomprehensible, and without warning. It is however, not at odds with the countless measures that have been undertaken in the UK and Europe over the last few years to ostracize, shout down, or downright impede the work of RT,” a statement from the broadcaster read. “RT UK will continue its operations uninterrupted.”

Maria Zakharova, a spokesperson for the Russian Foreign Ministry, wrote on Facebook that NatWest’s decision indicated that by leaving the E.U., London left all of its obligations towards freedom of speech in Europe.

The E.U. and the U.S. have imposed economic sanctions on Russian banks and corporations, including the freezing of some overseas accounts, but there’s no evidence this is the case here. 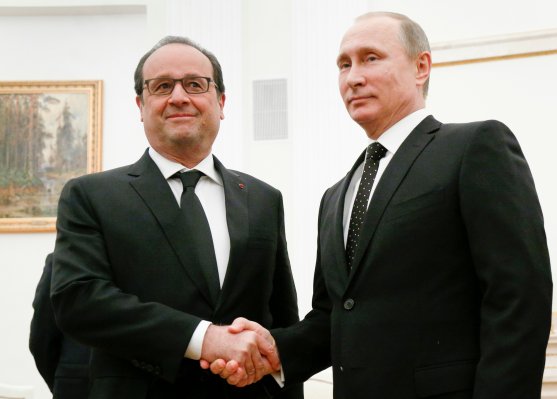 Putin Cancels France Trip Over Syria
Next Up: Editor's Pick