Two Brothers Were Kidnapped by a Circus a Century Ago. Their Story Is Still Relevant

At the turn of the 20th century, there was no bigger or more exciting form of entertainment than the circus. The draw of the big top was so magnetic that a new expression was born—“running away with the circus.”

But for two albino African American brothers in the early 1900s, the circus ran away with them.

In her new book Truevine, journalist Beth Macy tells the story of George and Willie Muse, brothers kidnapped by a circus agent to become sideshow performers, and their mother Harriett, who fought for decades to win freedom, justice and respect for her sons.

“My goal was always to tell a story that had never been told and to do honor, really, to Harriett,” Macy tells TIME. “Once I understood what she had understood and how almost suicidally bold she had been, I was like, that’s the story I want to tell.”

The Muse family came from the tiny rural town of Truevine, Va., where, even after emancipation, the black population still faced the virtual enslavement of the sharecropping system and the vitriolic racism of the Jim Crow south. A thriving chapter of the Ku Klux Klan had formed in nearby Roanoke, boasting a membership that included many of the area’s leading citizens, and lynchings were all too common. It was against this backdrop that Harriett Muse confronted powerful white authorities to demand her sons be returned.

Taken sometime between 1912 and 1914, George and Willie went missing for over 13 years. During that time, they achieved a level of fame performing as Eko and Iko, billed to audiences as everything from “Sheep-Headed Cannibals” to “Martian Ambassadors.” But behind the scenes, as Macy recounts, the brothers cried themselves to sleep every night while their manager stole their wages and told them their beloved mother was dead.

Meanwhile, Harriett kept her ear to the ground, hoping for news of her sons. It finally came in October of 1927 when she heard the circus was on its way to Roanoke. On the day the Ringling Brothers came to town, Harriett walked into the sideshow tent and came face to face with her boys, now men. She refused to leave without them.

“The fact that all these policemen came out when [Harriett] got [George and Willie] and the Ringling lawyers—they were a really big deal—and she was still able to take them home says a lot,” Macy says. “She couldn’t read, but, boy, she had something on her side.”

Harriett would go on to successfully sue the company for the compensation her sons had been robbed of—and when George and Willie eventually chose to return to the circus, Harriett fought to her dying day to ensure that they received fair pay and the freedom to visit their family whenever they wanted. The Muse brothers traveled the world while Harriett had a lawyer and a bail bondsman on standby to take action whenever she felt their rights were being violated. When they retired in the 1960s, George and Willie were in possession of a nice house and a tidy bit of savings, a privileged situation in the black community of Roanoke at the time.

“It was their choice to [go back] and because they could come home, they had more agency,” Macy says. “You can look at the photographs and you can see their countenances shifting—they just look happier in the [later] pictures.”

As Macy began to piece together the Muse brothers’ history using old photographs, the testimony of circus historians and interviews with the Muses’ community, she found that the story was a little more complicated than the legend that had developed around it. Her research led to some unexpected twists in the plot, calling into question details ranging from the brothers’ paternity to how they first ended up in the circus. Macy found inconclusive evidence suggesting Harriett may have initially agreed to allow the brothers to work for a circus agent. But if the brothers did leave with Harriett’s blessing, it is clear she soon realized they had been kidnapped—she had received no news of her young sons, had no idea where they were, and had no proof that they were being compensated and properly cared for. Willie, for his part, vehemently remembered being “stolen.”

But despite the questions that remain, the message of the Muse story holds true.

After fighting so hard against the circus, George, Willie, and their extended family continued to face gawkers in their own community until Willie died in 2001. When people would ask about Eko and Iko, Nancy Saunders, the brothers’ great-niece, caretaker and fierce protector, would insist that “their names are Mr. Willie and Mr. George Muse.”

Truevine, which is the first time the story is being told with the blessing and cooperation of the Muse family, not only puts the real faces and lives of George and Willie to the legend, but also speaks to the ongoing struggle for racial justice in the United States.

Erika Turner is the great-great-great niece of George and Willie. Now a student at Old Dominion University, she remembers being one of the few African American students in many of her high school classes in Virginia as protests swept cities like Baltimore in 2015. She says that she struggled to explain to her classmates that what they saw on television was part of a long history of racial turmoil.

Her part of having her family history made public, she says, is the fact that—as her cousin told Macy—the Muse brothers, no matter what, “came out on top.”

“I wish [George and Willie] could see me now, see that me and my family are going to college and doing great things,” Turner says. “I wish they could see that now, and see how everyone’s hard work paid off.” 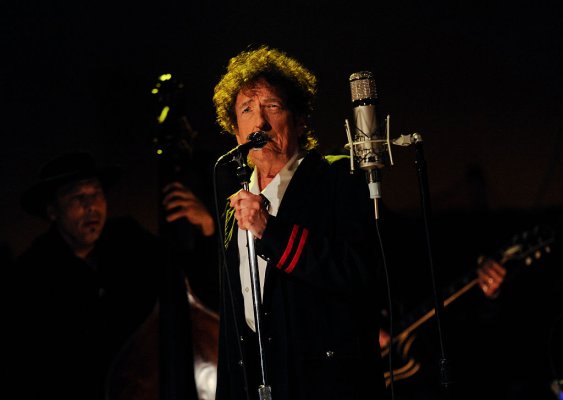 The Nobel Prize Panel Has Stopped Trying to Reach Bob Dylan
Next Up: Editor's Pick