Police are investigating after the Orange County Republican headquarters in North Carolina was firebombed.

A bottle of flammable liquid was thrown through the office’s front window, authorities said, according to the Charlotte Observer. The words, “Nazi Republicans get out of town or else” were spray painted on a next-door building.

“The office itself is a total loss,” Dallas Woodhouse, executive director of state GOP told the Charlotte Observer. “The only thing important to us is that nobody was killed, and they very well could have been.”

“This highly disturbing act goes far beyond vandalizing property; it willfully threatens our community’s safety via fire, and its hateful message undermines decency, respect and integrity in civic participation,” Hillsborough Mayor Tom Stevens said in a statement. No injuries were reported.

Late Sunday, a GoFundMe page raising funds for rebuilding the office was set up by author David Weinberger, calling on Democrats to donate “no matter what your party affiliation” is. So far, over $13,000 has been raised from more than 500 people. 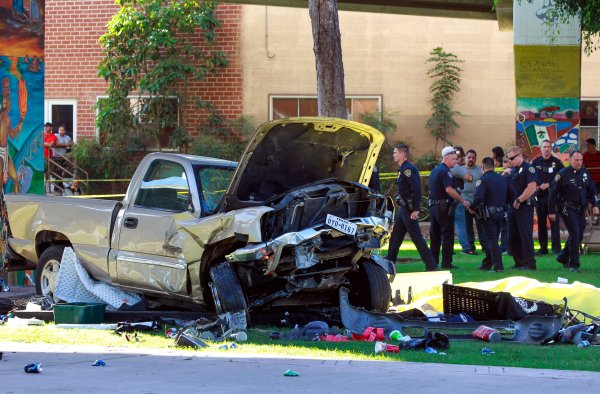 4 Dead After Truck Flies off Bridge and Plunges Into San Diego Park
Next Up: Editor's Pick