Princess Kate is one proud granddaughter

On Saturday, GCHQ, the UK’s Signals Intelligence and Cyber Security agency, announced that it will be releasing its first-ever puzzle book. Inspired by the men and women who have worked to crack codes in both civilian and military positions, this book aims to engage and challenge readers. All proceeds from the book is going to Heads Together, the campaign Kate, her husband Prince William and brother-in-law Prince Harry have led to raise awareness about mental health.

The funding for her campaign is just one of the connections Kate has to this particular project. She wrote the foreword for the puzzle book, and described the personal connection she has to GCHQ.

“I have always been immensely proud of my grandmother, Valerie Glassborow, who worked at Bletchley Park during the Second World War,” she wrote. “She and her twin sister, Mary, served with thousands of other young women as part of the great Allied effort to break enemy codes. They hardly ever talked about their wartime service, but we now know just how important the men and women of Bletchley Park were, as they tackled some of the hardest problems facing the country.”

She also went on to discuss the importance of the ongoing campaign.

“William, Harry and I are very grateful that this book is supporting our Heads Together Campaign. I hope it will not only amuse and challenge readers, but help to promote an open discussion of mental health problems, which can affect anyone, regardless of age or background. Together, we are aiming to change the national conversation around mental health from stigma and fear to openness and understanding.”

Kate has spent much of her time championing increased awareness of mental health and touched on it during a visit to the Netherlands last week on her first royal solo trip abroad. There, the princess had a meeting with the local Trimbos Institute, a Dutch institute of mental health and addiction to discuss her efforts. She also assembled the Learning Exchange Seminar to provide a forum to discuss treatment and prevention of addiction and family mental health, among other projects and appearances.

“It was an inspiring meeting,” Rutger Engels, CEO of the Trimbos Institute,told PEOPLE. “By the questions the Duchess asked, you could tell she was well informed and truly interested in the wellbeing of these vulnerable children.”

Kate has since returned to London, as she arrived home in commoner-style on a commercial British Airways flight. 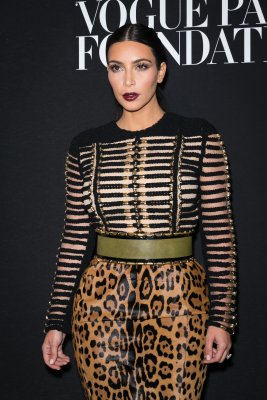 North West Just Took Her First Steps, Is Now One Step Closer to World Domination
Next Up: Editor's Pick