The Real-Life Science of Game of Thrones' Wildfire

Little, Brown and Company
Ideas
By Helen Keen
Helen Keen is the author of The Science of Game of Thrones

The Season 6 finale of Game of Thrones set up an intriguing battle to come. One the one side, would-be Queen Daenerys of House Targaryen has three large dragons, capable of destroying a warship with a single fiery breath. Standing against her, Queen Cersei of House Lannister has stockpiled an extraordinary and highly explosive substance—wildfire.

Human beings being what they are, it’s no surprise to discover that, in our world, science has created weapons that are a match for wildfire’s sinister flames. For instance Greek fire was a flammable substance of mysterious composition (probably oil-based) used in naval battles by the Byzantine Roman Empire, amongst others. It could be discharged in the direction of an enemy’s ship with a hose and would continue to burn brightly on water.

In the 1940s a team led by organic chemist Louis Fieser and based at Harvard University found that adding a thickening agent to fuel created something that burned longer and also tended to stick to surfaces. Their discovery, called napalm after two of the constituents of its thickening agent, naphthenic acid and palmitic acid, is a burning gel, usually based on petroleum, that sticks to roofs, furniture and skin. Being oil-based, it will burn on, and not be easily extinguished by, water—just like Westerosi wildfire. Napalm’s horrific role in the Vietnam war is notorious, and the U.N. finally outlawed its use against civilians in 1980.

But during World War II, there was a plan to deploy napalm that could’ve come straight out of the imagination of George RR Martin himself. The U.S. military plotted to arm bats with napalm. Really. Killer napalm bats! This plan was known as Project X-Ray (as, presumably, Project BatSh-t didn’t quite strike the right note).

Professor Fieser was asked to create tiny incendiary devices that the bats could carry into enemy territory. He came up with oblong, nitrocellulose cases filled with thickened kerosene with a small time-delay igniter cemented along one side. This curious (to say the least) scheme originated in the mind of a 60-something Pennsylvanian dentist, Lytle S. Adams, who wrote to President Roosevelt vividly setting out how “the millions of bats that have for ages inhabited our belfries, tunnels and caverns were placed there by God to await this hour to play their part in the scheme of free human existence, and to frustrate any attempt of those who dare to desecrate our way of life.” The president was quick to get on board with Adams’s idea of bats as divine defenders of the free world, emphasising to the military, re the crusading dentist, “this guy is not a nut.” Mmm!

In our world, as in Westeros, this highly potent fire isn’t too fussy about what it burns, and during a test flight, the bomber bats accidentally set a U.S. military base ablaze. In the event, the deployment of their fatal flames during World War II was prevented by the speedier development of an even deadlier device, the Atomic Bomb. Perhaps in comparison to that ultimate weapon, the wars and tactics in King’s Landing aren’t quite so terrifying after all.

Excerpted from the book THE SCIENCE OF GAME OF THRONES by Helen Keen. Copyright © 2016 by Helen Keen. Reprinted with permission of Little, Brown and Company. 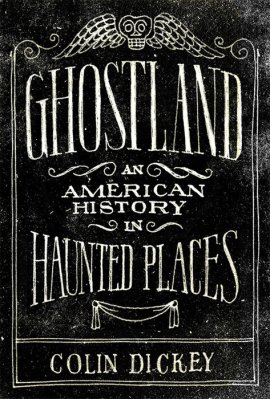 What Ghost Stories and Haunted Houses Tell Us About American History
Next Up: Editor's Pick