These Cities Have the Most LGBT-Friendly Policies

On Monday, the Human Rights Campaign will release its 2016 Municipal Equality Index, a scoring of more than 500 American cities based on how inclusive their policies and practices are for LGBT people. This year, 60 cities kept it 100, the highest number they’ve had in the five years the organization has been putting the rankings out. Several also scored nil. (See map below.)

The report is meant to celebrate cities that are passing progressive policies, incite competition and act as an instructive how-to-do-right-by-LGBT-residents guide for policymakers. But there is also some implicit shaming for those places with low scores. “There are some cities,” says lead author Kate Oakley, “where the zeroes land pretty hard.” (For their part, Oakley says they avoid “shaming framing” and think of it more as providing perspective.)

Cities score points for things like having non-discrimination laws that protect residents from being fired because they’re gay, reporting hate crime statistics to the FBI and setting out anti-bullying policies in public schools. Does the mayor’s office have an LGBT liaison? Is transition-related healthcare covered for transgender city employees? Staff at HRC research publicly available information and give each city a chance to comment or provide additional context before settling on a final score.

The cities that were scored were selected by the HRC and their partner, the Equality Federation, for characteristics like size (the 200 largest), population types (university towns and places with lots of same-sex couples) and geography (all the state capitals), among other factors. The total population of the places rated is nearing 95 million people.

Many of the places that ticked all the boxes aren’t surprising: San Francisco, West Hollywood, New York and Provincetown, Mass. But 22 of them—like Louisville, Ky., Atlanta and St. Louis—are located in more conservative states that don’t have non-discrimination protections for LGBT people. (Despite popular belief to the contrary, the majority of states lack such laws.)

This year, says Oakley, has been a rough one for LGBT Americans in many ways. By activists’ count, state lawmakers put forward more than 200 anti-LGBT bills, including North Carolina’s controversial HB2, a law that caused national furor and months of protests yet remains on the books. Transgender people found themselves in the center of America’s culture wars. The mass shooting in Orlando that targeted a gay nightclub left many feeling unsafe.

And so Oakley feels there’s a special need to highlight those cities taking pains to be inclusive in unexpected places. “It is heartening,” she says. The report champions places like Juneau, Alaska, where policymakers passed a non-discrimination law for LGBT people this year—in a state that is home to several cities that earned a “0.”

Federal attempts to pass banner LGBT-rights laws have stalled for decades, first in the form of the Employment Non-Discrimination Act and now the even bigger, yet equally immobile, Equality Act. But, Oakley says, activists at the municipal level have seen more movement. “Cities are actually able to get stuff done,” Oakley says, “rather than getting bogged down in partisanship.”

The report acknowledges that cities can also be trumped. In North Carolina, lawmakers were spurred to pass HB2 because Charlotte had passed a non-discrimination law that, among other things, protected the right of transgender people to use public bathrooms that align with their sense of self. The state law rolled back those protections and banned other cities from passing similar measures. “Cities derive their power to govern from the state,” Oakley says. “So the state can take that away.” Charlotte scored 73.

Still, Oakley believes that their list of perfect-scoring cities will continue to grow, because of activism, changes in the zeitgeist and the economic risks of passing laws that are viewed as intolerant—as well as reports like the index, which cities can use to prove their social justice chops when leaders are making a bid for that next big conference or event. “This is something to do because it’s right and it’s best practice,” Oakley says. “But there are those reputational reasons.” 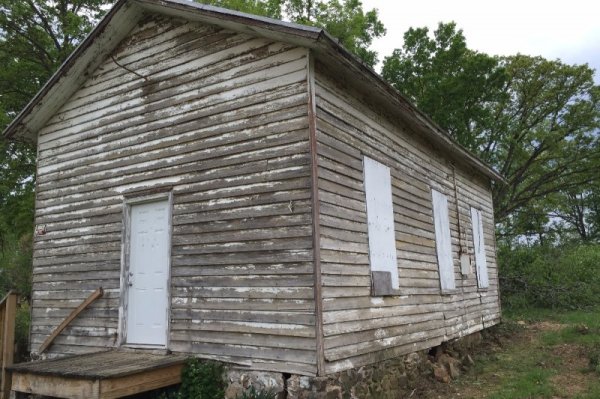