Deaf Actor Marlee Matlin Hits Back at Donald Trump Over ‘Retarded’ Comment: ‘It Is Unacceptable’

Marlee Matlin, an actor who is deaf, said she was “deeply” upset by reports that Donald Trump repeatedly called her “retarded” when she appeared on the Celebrity Apprentice.

“The term is abhorrent and should never be used. The fact that we are talking about this during a very important moment in American history has upset me deeply,” Matlin said in a statement on Friday.

Three staffers on the reality TV show, who requested anonymity due to non-disclosure agreements, told the Daily Beast that Trump often treated Matlin with disrespect and called her “retarded,” both behind her back and in front of her. A former Apprentice contestant also told People that Trump made sexual comments to Matlin and other women on the show.

“I am Deaf. There are millions of Deaf and hard of hearing people like me, in the United States and around the world who face discrimination and misunderstanding like this on a daily basis. It is unacceptable,” said Matlin, who has indicated her support for Hillary Clinton throughout the campaign.

“As a person who is Deaf, as a woman, as a mom, as a wife, as an actor, I have a voice. And I’m using that voice to make myself heard… and vote.”

Trump previously faced scrutiny early in the campaign for mocking a New York Times reporter who suffers from a congenital joint condition. 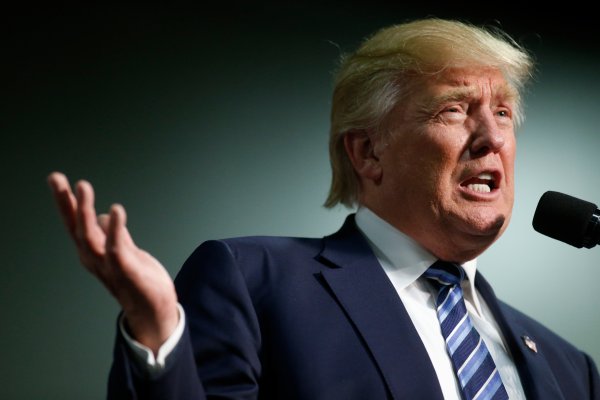 Trump Attacks Women Accusing Him of Sexual Assault
Next Up: Editor's Pick