Here’s What Past Candidates Have Done After Losing Presidential Elections

Not matter who he or she may be, there are essentially two options for a would-be president: win or lose. History tends to pay attention to the winner, and the also-rans—among whose number Hillary Clinton now finds herself—are relegated to an afterthought.

But what happens to the men—and, so far, it has always been men—who don’t end up in the White House?

Those who have lost presidential elections in U.S. history have shared many of the same post-loss occupations: practicing law, writing and looking for other government roles are common in the later parts of their biographies. But some have gone for more unusual activities, from skydiving to being tried for treason. Of course, there’s the other post-loss plan that many candidates have embraced, with more or less success: running for president again next time.

Here, TIME takes a look at how life has played out for some of history’s presidential also-rans. And, as it turns out, the precedent clearly shows that losing an election doesn’t mean the end of influence.

Government: Unsurprisingly, government and public-service jobs dominate the later careers of also-rans. Senators, governors, ambassadors, judges and quite a few Secretaries of State have come to those positions after having a go at running for president.

One of the most famous statesmen of the 19th century, Henry Clay, unsuccessfully ran for President three times. After the first loss in 1824, he became Secretary of State and then a Kentucky senator. He ran again in 1832 and 1844, failing both times, but was able to shape American history from his position in the Senate, attempting to head off the coming of the Civil War by working for compromise between slave and free states. Of his repeated losses for the highest office he said, “I would rather be right than be president.”

Another unsuccessful presidential candidate who distinguished himself elsewhere in government was Thomas Dewey, who as Governor of New York abolished hiring discrimination, increased unemployment and disability benefits. and helped establish the State University system. Strom Thurmond, the Dixiecrat who came in a distant third in the famous “Dewey Defeats Truman” election of 1948, also continued his career in government, as the only senator ever elected by write-in vote. He served there for 48 years, becoming known for a record-setting filibuster of the 1957 Civil Rights Act and, after he switched to the Republican party in 1964, helping to develop the “southern strategy” that won Nixon the White House in 1968. In 1974, it would be another presidential also-ran—Barry Goldwater, then an Arizona Senator—who would help to persuade Nixon to resign from office rather than face the result of an impeachment.

The claim to the most dramatic post-loss life is probably held by Aaron Burr, who was one of only a few also-rans to get an official consolation prize for coming second: being Vice President. (At the time, in 1800, the VP job went to the person with the second-most votes.) Burr then famously killed Alexander Hamilton in a duel in 1804, was tried for treason for plotting to create a new republic in the Southwest, fled to Europe and later returned to New York to practice law.

Law: Progressive crusader William Jennings Bryan, famous for his 1896 “Cross of Gold” speech, ran for president three unsuccessful times. But he also served as Secretary of State under Woodrow Wilson, and later became famous for being a leader in the anti-evolution movement, acting as a lawyer in the 1925 Scopes trial.

Charles Evans Hughes, who lost the 1916 election to Wilson after stepping down from the Supreme Court in order to run, returned to privately practicing law, in 1921 became Secretary of State, later served on the Hague’s Permanent Court of International Justice and in 1930 was nominated to be Chief Justice of the Supreme Court. In that role, he presided over challenges to FDR’s New Deal.

Military: The first Republican candidate for president, John C Frémont, instead served as a rather ineffective general of Union troops. A more successful Civil War also-ran was Winfield Scott, who lost the election of 1852 and later proposed the Anaconda Plan to win the South. On the other side of the Civil War, Southern Democratic Candidate John Breckenridge became a Confederate officer.

Activism: Even when they weren’t explicitly in public office, many also-rans have continued to champion the causes that led them to candidacy. After losing the election of 1940, Wendell Willkie continued to support civil rights and spoke of the need to end Jim Crow. Eugene Debs, a five-time candidate for the socialist party starting in 1900, continued advocating for worker’s rights and pacifism. Al Gore’s life after losing the 2000 election has revolved around environmental activism: A Nobel Peace Prize winner, he’s also the star of the Oscar-winning documentary An Inconvenient Truth, the author of a book based on that documentary and a Grammy winner for the spoken word audiobook version.

Business: A number of also-rans became professors after the big loss, and others went into (or back into) business. William Jennings Bryan started a newspaper and worked in real estate, James M. Cox was a media magnate after losing 1920’s race and Alf Landon resumed his role in the oil business after losing to FDR in 1936. George McGovern initially resumed his duties as South Dakota senator in 1972, but later briefly ran a bookstore in Montana and and owned a motor inn in Connecticut. (He also went skydiving for his 88th birthday.)

Other: Many have written books after their runs, frequently autobiographies. One exception to the memoir rule was Wendell Willkie, whose policy writing introduced the the “one world” idea (also the title of his book) in support of international cooperation. Then there are the more unusual activities. Another loser of the ‘Dewey beats Truman’ election, Henry A. Wallace, spent time working on crop genetics and developing a breed of chickens. Frequent third-party candidate Ralph Nader created the American Museum of Tort Law, which opened in 2015.

One potentially good omen for this year’s race is that a noteworthy number of election losers from New York have gone on to establish lasting and beneficial public institutions. Dewitt Clinton pushed to create the Erie Canal and was NYC’s mayor and Governor of the state after losing the 1812 election to James Madison. Samuel Tilden retired from political life after his 1876 loss, but upon his death left $3 million to establish a free public library in New York City, which merged with two others to become the New York Public Library in 1895. And, after losing in 1928, Al Smith oversaw the construction of the Empire State Building. 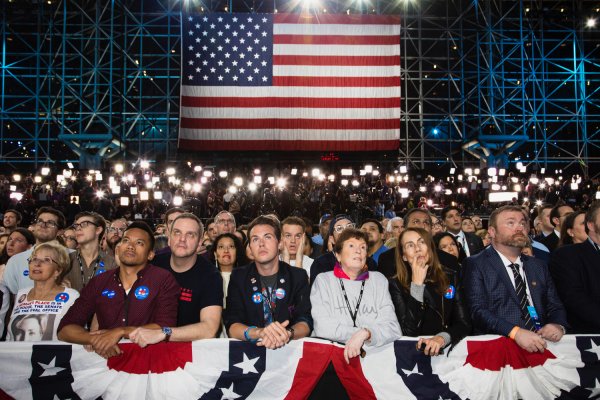 Don't Let This Election Ruin Politics for You
Next Up: Editor's Pick