A diver survived after a great white shark broke open the metal rails of his diving cage and swam inside while the diver was within.

The Shanghai man was shark diving off the coast of Guadalupe Island in Mexico, when a shark breached the side of the cage, according to the YouTube caption in the video captured by a California man.

Although the shark thrust through the bars of the diving cage, the diver, Ming Chan, was able to emerge uninjured, according to ABC News. The great white shark forcefully rocked the cage around for what appears to be about 20 seconds, until the instructor lifted open the cage’s top, and it leapt out of the opening.

“It happened so fast. The other divers just kept telling me how lucky I am,” Chan told ABC News. Read more information about the rising shark population here. 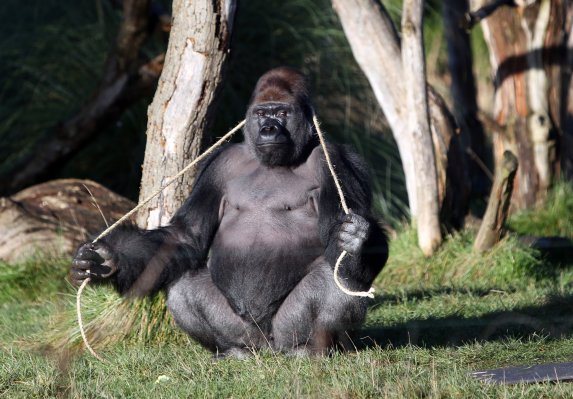 Gorilla Recaptured After Escape from Enclosure at London Zoo
Next Up: Editor's Pick