On CBS This Morning Friday, Pence was asked to respond to the first lady’s assertion that the 2005 video leaked of Trump speaking crudely about women “wasn’t just locker-room banter. This was a powerful individual speaking freely and openly about sexually predatory behavior.” (Obama made that comment in a searing speech about Trump she delivered Thursday.)

“I don’t understand the basis of her claim,” Pence said Friday. “What he’s made clear is that was talk, regrettable talk on his part, but that there were no actions and he’s categorically denied these latest unsubstantiated allegations.”

Read More: Here’s Everything You Need to Know About the Sexual Allegations Against Donald Trump

Pence was also asked if he personally believes Trump’s denials. “I do believe him,” Pence said. “The Donald Trump that I’ve come to know… is someone who has a long record of not only loving his family, lifting his family up, but employing and promoting women in positions of authority in his company.” 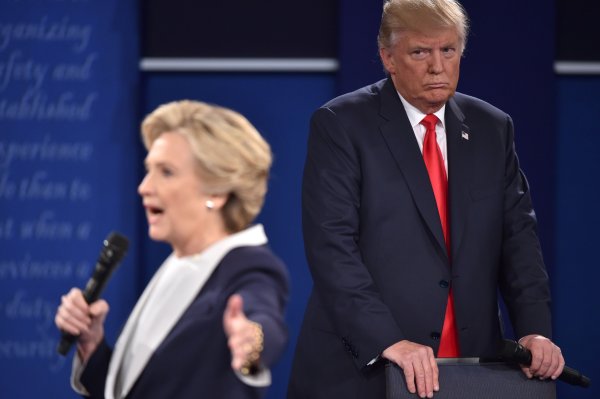 Hillary Clinton on Ellen: Donald Trump 'Literally Stalked Me' at Debate
Next Up: Editor's Pick