Jennifer D. Crumpton is the author of Femmevangelical: The Modern Girl’s Guide to the Good News

Ignoring and dismissing Donald Trump’s predatory behavior against women is one of the consequences of the implicit conservative Christian belief that women were created secondarily by God for the service of men, who have God-given authority over women and their bodies. This is one of the reasons our society still does not take sexual assault seriously.

I know. I was a 19-year old sophomore at a small Christian college in Alabama. A born-and-raised conservative evangelical, I was extremely vocal about saving my virginity for marriage, particularly in pointed conversations with young Christian men.

But it was one of those young Christian men who one balmy Southern evening suddenly held me alarmingly tightly and forced himself on me.

I hid this—and my severe post-traumatic stress—for years, knowing that if I ever breathed a word in my Christian town, I would be the one villainized and blamed, while his reputation and future would be fiercely protected. My remaining college experience and young adult years were a dark blur of depression, disorientation, self-loathing and panicked fear.

When I finally confided this criminal act to a Christian family member, her response to my trauma was that I should have expected it, that I deserved it and that I had somehow even asked for it.

I see this same deplorable and dangerous reaction in Christians supporting Trump today.

Casting off Trump’s sociopathic, narcissistic, unapologetic sexual predation towards women as “locker room” banter is tantamount to accepting criminal sexual assault. What people do in private behind closed doors is in fact the best measure of who they truly are. The words we choose and the way we act when we think no one is looking accurately reflects our character.

Former Trump campaign manager Corey Lewandowski argued we are not electing a Sunday School teacher, insinuating the entitlement to grab women’s genitals is normal and acceptable in a world leader. Trump supporter Kayleigh McEnany said on CNN that Trump is redeemable because Jesus forgives, so Americans should forgive and support him.

Aside from demonstrating a gross misunderstanding of the circumstances and reflection true forgiveness requires, McEnany ignores that absolution is between Trump and God, and Trump was clear when he recently told a journalist that he had never seen any reason in his lifetime to ask forgiveness from God.

Further, McEnany irresponsibly perpetuates a danger in Christianity: confusion over the outcome of forgiveness. Forgiving Trump does not mandate that Christians should naively and foolishly elect him president. No wonder Christianity has a hellish history of allowing sexual abuse by men in power to continue, while women and children suffer.

Prominent conservative evangelicals like Faith and Freedom Coalition founder Ralph Reed and Liberty University President Jerry Falwell, Jr. have said that it’s more important to elect a Republican with their “values” than to stop an active sexual predator. Liberty University students have started a petition against Falwell’s endorsement.

Some may accuse me of not being objective because I was raped. One in five women is sexually assaulted in the U.S. Those women will attest that it is not just celebrities who think they can get away with doing anything to women. It destroys women’s lives.

Many shrug those harrowing experiences off: “Boys will be boys.” No, boys will be the boys we teach them to be. Trump, and the evangelicals who are making excuses for him, are teaching boys they can get away with sexual assault, and that to be safe in the male hierarchy of the “locker room”, they are expected to recount their conquests. A young man outside a recent Trump rally held a sign that said, “It’s better to grab a p-ssy than to be a p-ssy.”

Christian women supporting Trump must realize their support is used as “proof” that violence toward women is “just not a big deal.”

Those listening to Christian women defend Trump must understand that women throughout history—particularly in religious traditions—have had to ensure their survival in a male-dominated world through their willingness to ignore, go along with and even perpetuate misogynistic principles. I know: I was raised that way, too.

This January, I will give birth to a baby girl. And she will be born in a country where some think it is acceptable to demean, objectify and sexually assault her. I know from experience that a so-called “Christian nation” will not save my daughter.

How can our country stop sexual assault and change our rape-tolerant culture if we accept this behavior in our leaders? We have an opportunity on Nov. 8 to vote “no more.” 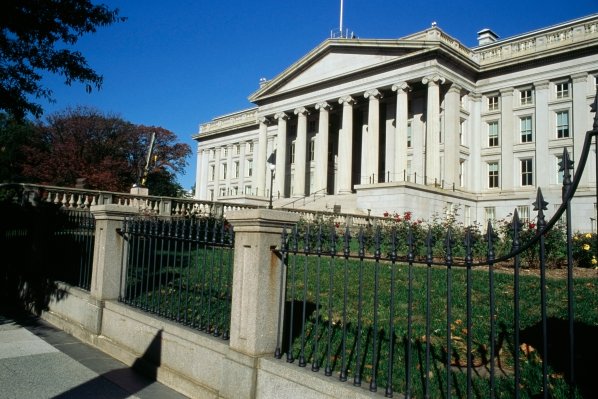 Senators Fischer and Gardner: Obama Administration Is Irresponsible and Risky With Judgment Fund
Next Up: Editor's Pick