The White House said Wednesday that it considers the New York City terror suspect Sayfullo Saipov an enemy combatant, a legal option in terrorism cases that has been rarely pursued in recent years.

“I believe we would consider this person to be an enemy combatant, yes,” press secretary Sarah Huckabee Sanders said during the press briefing. “I think the actions that he took certainly justify that.”

Saipov is accused of killing eight people and injuring at least a dozen others in a truck attack in lower Manhattan on Tuesday, the deadliest terror attack in New York City since 9/11.

The White House follows two powerful Republican senators arguing for the enemy combatant designation as well: Arizona’s John McCain and South Carolina’s Lindsey Graham. Saipov “should not be read Miranda rights, as enemy combatants are not entitled to them,” McCain said in a statement. He “qualifies as an enemy combatant under the law of war,” Graham said on Fox News.

A designation of enemy combatant means suspects can be held without certain rights granted to citizens, so they aren’t guaranteed a lawyer, for example, and they can be held indefinitely. The president has the power to name enemy combatants. President Obama’s administration didn’t use the term to “symbolically separate the new administration from Bush detention policies,” the New York Times reported in 2009, although Obama did not close the Guantánamo Bay detention center for enemy combatants due to congressional restrictions.

Earlier Wednesday, President Trump said he would “certainly consider” sending Saipov to Guantánamo. But Sanders clarified the comment at the briefing, saying that “the point [Trump] was making is that he supports or would support that, he wasn’t necessarily advocating for that.” 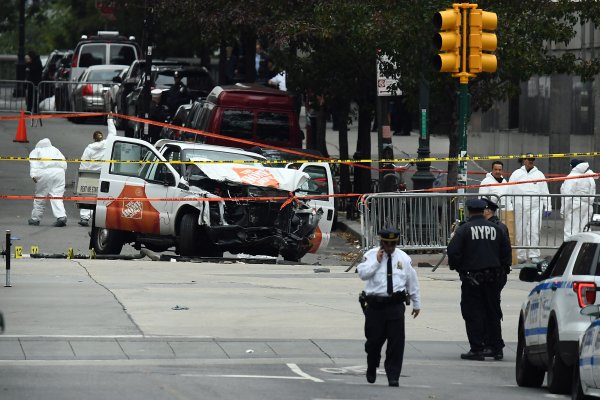