People attend a vigil to pay tribute to Arkadiusz Jozwik, a Polish man killed in a possible hate crime, in Harlow, Essex on Aug. 31, 2016.
Chris Radburn—PA Wire/AP
By Tara John

The number of racially and religiously motivated hate crimes in the U.K. spiked by 41% in the month after the June 23 referendum on leaving the E.U., compared to the same period the year before.

The figures come after a polarized E.U. referendum, which seemed to have sparked a rise in anti-immigrant sentiment across the country. Following the U.K’s vote to leave the E.U., hundreds of anecdotes emerged online of xenophobic attacks against Europeans and other minority groups in the country. In August, Polish man Arkadiusz Jozwik was killed in Harlow, Essex, in what appears to be a racist attack. Police are treating the incident as a hate crime and Polish police officers were sent to the area in a bid to reassure Poles living there.

Home Secretary Amber Rudd said in a statement: “Hatred has no place in a Britain that works for everyone and we are determined to stamp it out. I am pleased to see government action is working and that more victims are finding the confidence to come forward to report these crimes… Our hate crime laws are among the best in the world, but we cannot be complacent. Our Hate Crime Action Plan, published in July, sets out how we are further reducing hate crime, increasing reporting and improving support for victims.”

All five monitored strands of hate crimes (ethnicity, religion or beliefs, sexual orientation, disability and transgender identity) saw an increase in offenses compared to a year ago. Racially aggravated incidents was the most commonly recorded strand (49,419), followed by sexual orientation (7,194), religion (4,400), disability (3,629) and transgender hate crimes (858). 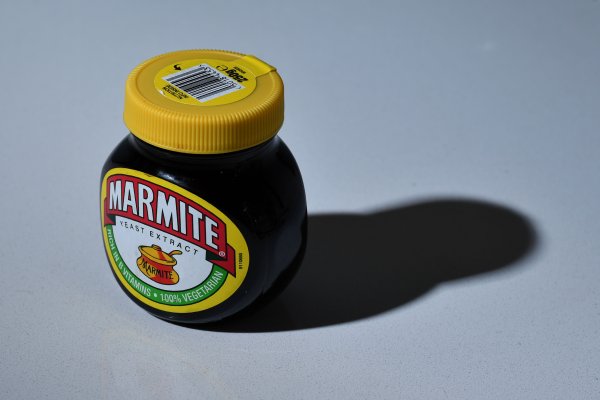 Britain Panics Over Brexit-Sparked Marmite Shortage
Next Up: Editor's Pick