Fast food companies have long been criticized for catering to children in advertisements, and studies have shown that kids are vulnerable to forming emotional connections to brands, especially when toys and Happy Meals are used.

A new study, published in JAMA Pediatrics, now shows just how powerful that advertising and branding can be. Researchers showed children stills from fast food commercials and asked them to name the various foods in the frame. Only 10% of the kids correctly identified Burger King’s apple slices, packaged liked french fries, while the majority confused them for french fries. Around one-half to one-third of the kids in the study couldn’t correctly identify milk in McDonald’s and Burger King children ads.

“Burger King’s depiction of apple slices as ‘Fresh Apple Fries’ was misleading to children in the target age range,” said study author Dr. James Sargent, the co-director Cancer Control Research Program at Norris Cotton Cancer Center in a statement. “The advertisement would be deceptive by industry standards, yet their self-regulation bodies took no action to address the misleading depiction.”

That the children identified what they had come to expect from these fast food brand makes apparent the power of their advertising to young, impressionable minds; Burger King only started to advertise healthier options like apple slices and milk in 2010.

Earlier research from the study authors showed that brands increase awareness among children by using giveaways. Critics of these methods say targeting kids with brand-oriented messaging develops a deep-seated loyalty, which can be harmful to their health. Some companies, like Walt Disney Co., have taken pledges to cut down on the amount of unhealthy advertising aimed at children. Disney says it plans to ban all junk food advertising from its TV channels, websites and radio programs catering to children by 2015. 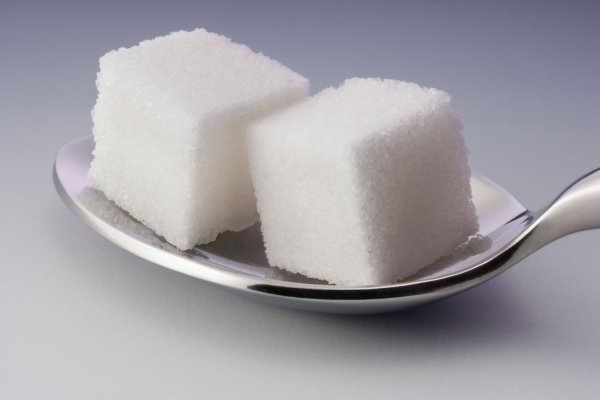 WHO: Only 5% of Your Daily Calories Should Come From Sugar
Next Up: Editor's Pick