Senators Fischer and Gardner: Obama Administration Is Irresponsible and Risky With Judgment Fund

Few Americans have heard of the U.S. Treasury Department’s Judgment Fund. Most have heard of its recent intended beneficiaries: the Islamic Republic of Iran and health insurance companies reeling under Obamacare mandates.

The Judgment Fund is a little-known account used to pay certain court judgments and settlements against the federal government. Each year, billions of dollars are disbursed from it, yet the fund does not fall under the annual appropriations process. Because of this, the Treasury Department has no binding reporting requirements, and these funds are paid out with scant scrutiny. The executive branch decides what, if any, information is made available to the public.

Essentially, the Judgment Fund is an unlimited supply of money provided to the federal government to cover its own liability.

At least twice now, the Judgment Fund has been eyed by the White House to finance divisive, deeply flawed policies that would otherwise require public notice and approval. These payments hold far-reaching consequences for millions of Americans.

Earlier this year, the Obama administration used the Judgment Fund to deliver $1.3 billion to Iran’s Central Bank. Recently, Americans learned the administration may pay billions out of the same fund to bail out Obamacare insurers. These plans became known because of intense research and requests for information on the part of national news outlets. These transactions would likely never have seen daylight otherwise.

This failure of accountability and transparency should send shockwaves across our republic.

In the case of payment to Iran, this murky money was delivered to a regime that actively supports terrorist groups, many of which, like Hezbollah and Hamas, have killed Americans. Ransom for American hostages was coordinated with this payment, and because of this dangerous decision, U.S. citizens around the world are at increased risk. In the case of payments to Obamacare insurers, use of the fund would amount to a violation of the public trust and an attempt to hide the financial toll of the law’s failure. Part of why our Founding Fathers provided Congress with the power of the purse was to guard against this kind of total control by the executive branch.

Congress should enact rigorous oversight of the Judgment Fund. Doing so will raise government accountability and help restore the separation of powers.

To provide greater accountability, we introduced the Judgment Fund Transparency Act in 2015. Our goal was simple: give Congress and the public the ability to see how taxpayer dollars are spent. This bill was introduced in February 2015; before the fund was used to pay the ayatollah and before it was considered as a vehicle to bail out health insurers.

Our legislation would require a public accounting of taxpayer funds distributed to parties that bring successful claims against the federal government. Specifically, it would require the Treasury Department to publicly post the claimant, counsel, agency, fact summary, and payment amount for each claim from the Judgment Fund.

The Senate passed our bill in April as part of the Energy Policy Modernization Act. New details about the administration’s use of the Judgment Fund make clear why our colleagues should include the bill in the energy bill’s final conference report.

In 2016, President Reagan’s mantra of “trust but verify” is just as relevant as it was 30 years ago.

We want to believe Judgment Fund payments are aboveboard. But the government is rarely administered by angels; it is run by human beings, specifically, those in the executive branch. Increasingly, we hear fears from both the left and right that the executive branch has become too secretive and more expansive. President Obama himself made this point, telling New York Magazine his “one wish” for future presidents was for an end to the imperial presidency.

Congress should grant him that wish. The legislative branch can, and must, assert its Article I power of the purse. It holds a responsibility to conduct oversight of the executive branch and ensure taxpayer dollars are used responsibly. Sending our Judgment Fund Transparency Act to the president’s desk is a strong first step. 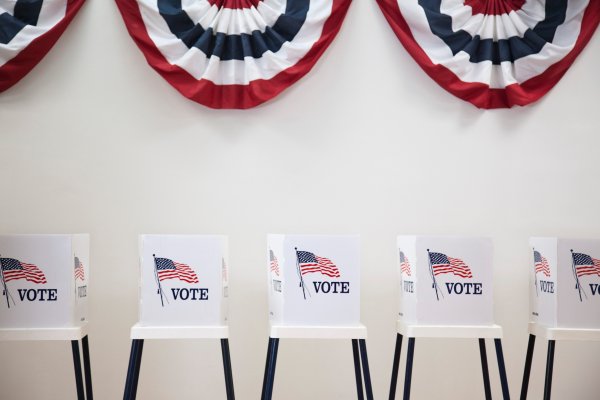 Here's Why Election Day Seems So Late This Year
Next Up: Editor's Pick