'Trumpkins' and Hillary Clinton Pumpkins Are Taking Over Halloween

Donald Trump and Hillary Clinton will undoubtedly be two of this year’s most popular costumes come Oct. 31, but that’s not the only aspect of Halloween the 2016 election has crept into. As Americans have begun carving pumpkins for the upcoming holiday, presidential candidate jack o’lanterns have swept social media.

“When my friends and I carve pumpkins, we try and make them fun and relevant,” Kelsey Kruzel, the carver of a Clinton pumpkin, told the BBC. “With all the madness surrounding the election, we wanted to add a little humor to the mix.”

Have a look at the carvings below:

But there’s definitely a fair share of Clinton creations as well: 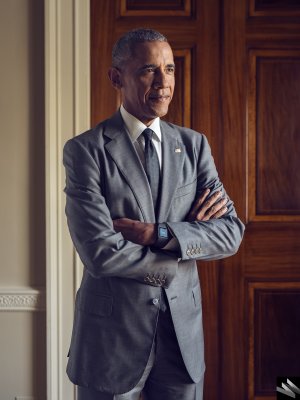 Expand Your Horizons with Obama’s Top Sci-fi Picks
Next Up: Editor's Pick